The 2022 edition is the inaugural season of the Kho Kho Franchise League. Six teams will be participating in this debut season. 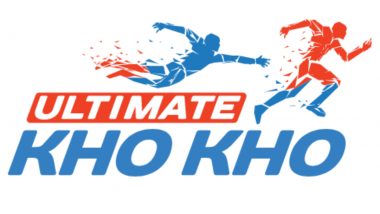 Mumbai Khiladis returned to winning track as they beat Telegu Yoddhas in the Ultimate Kho Kho 2022 Season 1 today. Earlier, Gujarat Giants clinched an epic win against Chennai Quick Guns. Giants are currently in the first position of points table with 17 points while Odisha Juggernauts rank second with 15 points. The Ultimate Kho Kho 2022 season 1 has been started at the Shri Shivchhatrapati Sports Complex in Pune from August 14. This is the inaugural season of the Kho Kho Franchise League. Six teams will be participating in this debut season. Six different cities from all over the nation have taken part in the Kho-Kho tournament this year with six different teams. The franchises that have participated in this competition are- Gujarat Titans, Telegu Yoddhas, Odisha Juggernauts, Mumbai Khiladis, Rajasthan Warriors and Chennai Quick Guns.

All the six teams will play against each other at the Shri Shivchhatrapati Sports Complex in Pune. The winning teams will get three points in every match. If the match is a tie or ended with no result then both the teams in that match will earn 2 points each. Meanwhile, a loss by three or less points would hand the losing team one point. After all the matches are completed among the six teams, the top four teams in the points table would automatically earn a berth in the play-offs of the Ultimate Kho Kho 2022.

(The above story first appeared on LatestLY on Aug 16, 2022 05:06 PM IST. For more news and updates on politics, world, sports, entertainment and lifestyle, log on to our website latestly.com).