Many smartphones include facial recognition, fingerprint scans and other biometric systems. However, the trouble with these easy-to-use tools is that once compromised they cannot be reset. 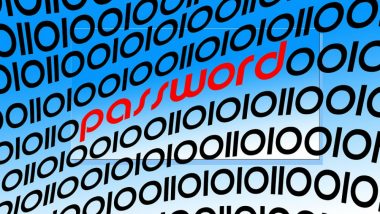 Washington, June 6: Scientists have developed a security system that identifies a person by reading their brainwaves in response to a series of pictures - an advance that could better protect devices from hackers. Many smartphones include facial recognition, fingerprint scans and other biometric systems. However, the trouble with these easy-to-use tools is that once compromised they cannot be reset.

"You can't grow a new fingerprint or iris if that information is divulged," said Wenyao Xu, an assistant professor at the University at Buffalo (UB) in the US. "That's why we're developing a new type of password - one that measures your brainwaves in response to a series of pictures. Like a password, it's easy to reset; and like a biometric, it's easy to use," said Xu. The "brain password," which would require users to wear a headset, could have implications in banking, law enforcement, airport security and other areas.

"To the best of our knowledge, this is the first in-depth research study on a truly cancelable brain biometric system. We refer to this as 'hard cancellation,' meaning the original brain password can be reset without divulging the user's identity," said Zhanpeng Jin, an associate professor at UB. Perhaps the most accessible way to record brain activity is through electroencephalography, which uses electrodes to measure the brain's unique patterns of electrical activity.

For their system, researchers reconfigured a virtual reality headset, reducing the number of electrodes to six. Three record brain activity, two serve as grounds and the last acts as a reference point. Typically, these headsets have 32 to 64 electrodes. The electrodes recording brain activity measure three areas of the organ: the intraparietal sulcus (controls declarative memory), the inferior parietal lobule (processes face recognition) and the temporoparietal junction (reading comprehension).

Researchers chose specific image types to stimulate each brain region. They used animal pictures for the intraparietal sulcus because one's memory of a certain animal can be highly individualised. For example, a person who suffered a spider bite will have a different reaction than someone who has not. For the inferior parietal lobule, researchers relied on recognisable celebrities such as Leonardo DiCaprio. For the temporoparietal junction, they used encouraging phrases such as "aspire to inspire."

Users are shown the three images in rapid succession - 1.2 seconds to be exact. The process is repeated three additional times. By the end of the fourth time, after 4.8 seconds, the brain password is ready. Researchers recruited 179 adults to test the brain password. Test subjects' average age was 30. They collected data from three sessions, including one that occurred five months after the original test. The goal of the last test was to see how brain passwords functioned over time. Overall, brain passwords were more than 95 percent effective. The performance dipped slightly, by one percent, on the last test.