Google, the global tech giant is all set to host its annual hardware virtual event today. During the event, the company is likely to make new hardware announcements. 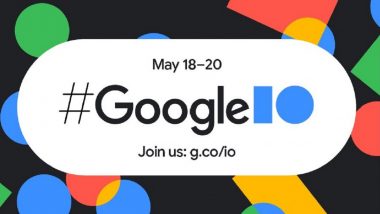 Google, the global tech giant is all set to host its annual hardware virtual event today. During the event, the company is likely to make new hardware announcements. These announcements could be of Android 12 OS, WearOS updates, improved Google Assistant and more. The virtual three-day event will commence today at 10 am PT (10:30 pm IST) and will be streamed via Google's official YouTube channel. Users can also watch the live broadcast of the event by clicking on the below-embedded video. Google Phone App Reportedly Gets ‘Announce Caller ID’ Feature That Will Reveal Name & Number of Incoming Calls.

Google rolled out three developer previews of its Android 12 operating system and today it is likely to launch the first public bets of the software.

As per a report, the company will announce new features for the notification panel and new conversation widgets on Android 12 OS. In addition to this, the OS could also get AVIF image format support and an improved picture-in-picture experience for videos.

The company is also expected to announce improved Google Assistant with major updates including a new colourful interface, enhanced smart home experience and more. In addition to this, new WearOS could also be announced to take on Apple's WatchOS. Google's new WearOS is rumoured to come with new updates that will be revealed during its launch event. Apart from this, the company might also launch its Pixel Buds A-Series and Pixel 5a smartphone.

(The above story first appeared on LatestLY on May 18, 2021 02:40 PM IST. For more news and updates on politics, world, sports, entertainment and lifestyle, log on to our website latestly.com).