How does the Cryptocurrency 'Bitcoin' work? How to Buy & Check the Rates of Virtual Digital Currency

Bitcoin is a kind of cryptocurrency which was successful in proving the viability of a cryptographic-backed public money supply that is accessible to anyone. 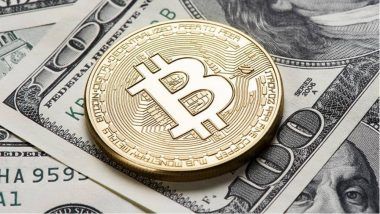 If you have been following even a little bit of news you would have heard the term bitcoin. Not just news, bitcoin became a trend and continues to come up in headlines. A lot of people are investing in it while others just cluelessly read about the profits they are making. It may sound very technical and geeky but let us simplify it for you. Let us understand what exactly is this bitcoin or cryptocurrencies which people keep talking about.

Cryptocurrency is a form of digital money that is designed to be secure and, in many cases, anonymous. Cryptography is a process that converts decipherable information into an uncrackable code, to track purchases and transfers. In the simplest form, it is alternative or virtual currency which you can use for your digital transactions. Unlike traditional currencies, they are not controlled by any central government or authority.

How we have the e-wallets but linked to our bank accounts, bitcoin is something similar except here you are dealing with virtual cash. Cryptocurrency is, therefore, an attempt to replace money transactions with a digital medium of exchange using peer-to-peer networking. Cryptocurrency is an actual evolution of money. So just as we go digital on other fronts, we also go digital with money.

There are different types of cryptocurrencies that are available, out of which Bitcoin has been the most successful one. The other types are- Ethereum, Ripple, Litecoin, Dash, Nxt, Namecoin, Stellar, Dogecoin, BitShares to name a few. However, there are close to thousand varieties of cryptocurrencies today. And the benefits offered by each also vary.

Bitcoin is the first kind of cryptocurrency that was founded in 2009. It was founded by someone with the pseudonym of Satoshi Nakamoto, whose real identity still remains unknown. But well, his creation has got many across the globe addicted! Bitcoin is a kind of cryptocurrency which proved successful in the viability of a cryptographic-backed public money supply that is accessible to anyone.

There is no mint for these coins but they are made by computers solving a set of complex maths problems. Special software are used to solve math problems and are issued a certain number of bitcoins in exchange. This provides a smart way to issue the currency and also creates an incentive for more people to mine i.e solve the problems. The 'mining' is very important and integral part of Bitcoin network which keeps the network stable, safe and secure. At the same time, not everyone can do mining since it is very difficult.

How to buy bitcoin?

To buy bitcoins you need to register on an application and connect your banking details. You can select your payment method just like you do for other online transactions.

Once you have bought the bitcoins they are stored in your bitcoin wallet. It allows you to receive bitcoins, store them, and then send them to others. It is actually a small personal database that you store on your computer drive, on your smartphone, on your tablet, or somewhere in the cloud accessible only through your unique address. You could either use it for transactions or store it and see if their value increases over the years.

Those who invested early in Bitcoins are close to becoming millionaires! Early on, it had no value but in late 2017, it plummeted the highest. The value of bitcoin keeps rising. It is similar to how we check the stock market. Bitcoin grew over 2000% in 2017. However, early this year the cryptocurrency is showing signs of volatility. On December 8, Bitcoin stood at $ 16,000-plus, but had tumbled to under $ 14,500 the very next day. On December 19, it had risen to an all-time high of $ 19,000-plus. There are also rumours sometimes regarding the scarcity of bitcoins which can cause the spike in rates. You can check the rates of bitcoins on different websites, which give not only the value for the day but also the exchange rates. The Bitcoin Chart is one of the most comprehensive trackers available. Other sites are CoinDesk, Bitcoinity, Coinbase, etc.

Before you plan to invest in Bitcoins you should also think of the security concerns. Though the transactions are all secure and maintain anonymity, there are chances of hacking and stealing bitcoins. Moreover, it is important to understand the acceptance of Bitcoins all over the world. Japan has recognized Bitcoins as legal but India has been repeatedly warned against cryptocurrencies. It is a self-proclaimed risk that you are taking with such investments. Although the returns may seem huge, it is after all a very volatile market. The technology behind this does seem interesting about the future of money!

(The above story first appeared on LatestLY on Jan 17, 2018 01:22 PM IST. For more news and updates on politics, world, sports, entertainment and lifestyle, log on to our website latestly.com).