The move comes a day after its interim grievance officer for India, Dharmendra Chatur stepped down amid the ongoing tussle between the Centre and microblogging platform Twitter regarding the compliance of newly IT laws. 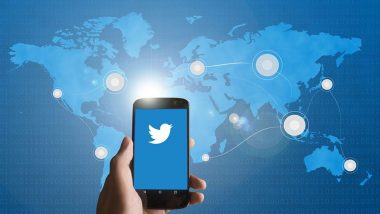 A close look at Twitter's Help Centre page shows the name of Grievance Officer for India is currently shown as Jeremy Kessel instead of Dharmendra Chatur. According to the new IT rules, the new RGO has been appointed to address the complaints from Indian subscribers. Twitter Appoints Jeremy Kessel As New Grievance Officer for India After Dharmendra Chatur Steps Down.

On June 5, the Union Ministry of Electronics and Information Technology (MeitY) had said that it had given Twitter one last notice to comply with the new rules concerning social media companies. The ministry said in the letter that the New Intermediary Guideline Rules have become effective from May 26.

Prior to this on June 9, Twitter had written to the Centre that it was making every effort to comply with new guidelines concerning social media companies. The microblogging site had said that it has appointed a nodal contractual person (NCP) and Resident Grievance Officer (RGO) on a contractual basis and was in the advanced stages of 'finalising the appointment to the role of a chief compliance officer'.

(The above story first appeared on LatestLY on Jun 28, 2021 06:24 PM IST. For more news and updates on politics, world, sports, entertainment and lifestyle, log on to our website latestly.com).