Lenovo-owned Motorola is rumoured to launch the Moto Edge 30 Pro device in India later this month. The handset will make its way in the country as a rebranded version of the Moto Edge X30 phone, which debuted in China in December last year. 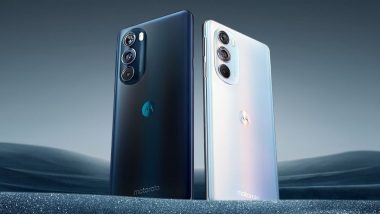 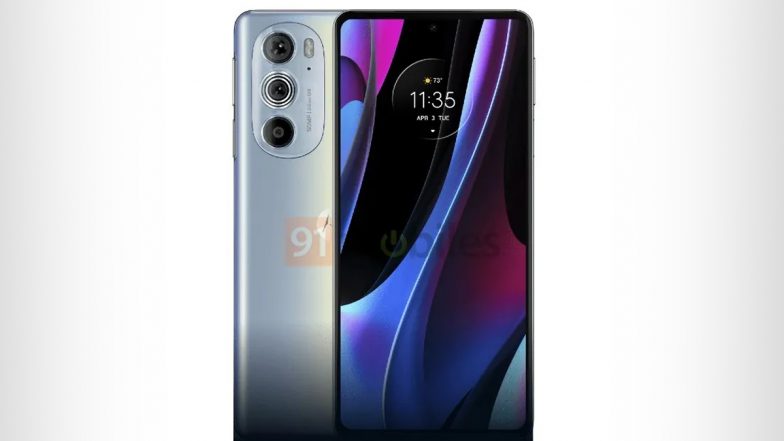 The Indian model of Moto Edge 30 Pro is said to carry similar specifications as that of the Chinese variant. According to the leaked renders, Moto Edge 30 Pro can be seen with a centre-positioned punch-hole cutout, flat edges and slim bezels. At the back, there is a camera module consisting of triple cameras, along with an LED flash. The power button and volume rocker are located at the right spine and can be seen in two shades - Blue and Grey. 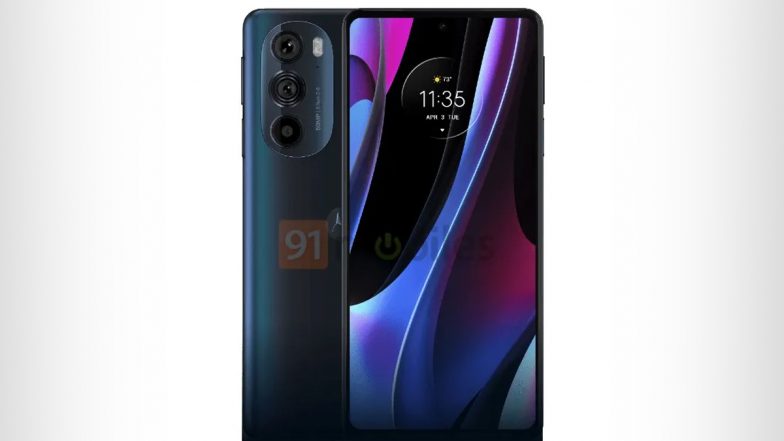 In terms of specifications, Moto Edge 30 Pro will sport a 6.7-inch OLED FHD+ display with a refresh rate of 144Hz and a resolution of 2400x1080 pixels. It is said to pack a 5,000mAh battery with 68W fast charging support. For photography, it might get a 50MP primary lens, a 5MP ultra-wide-angle lens and a 2MP snapper. Upfront, there could be a 60MP shooter. Apart from this, nothing more is known. We expect the company to release a few teasers before its launch.

(The above story first appeared on LatestLY on Feb 02, 2022 10:34 AM IST. For more news and updates on politics, world, sports, entertainment and lifestyle, log on to our website latestly.com).