Oppo, the Chinese smartphone maker, is all set to launch its Oppo F19 Pro series in the Indian market on March 8, 2021. Oppo F19 Pro and Oppo F19 Pro+ will feature a 6.43-inch FHD+ Super AMOLED display. 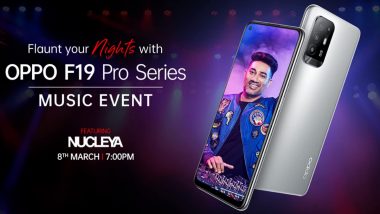 Oppo, the Chinese smartphone maker, is all set to launch its Oppo F19 Pro series in the Indian market on March 8, 2021. The company has shared the teaser of the Oppo F19 Pro Series on its official Twitter account. The online launch event will commence at 7 pm IST via Oppo India's official YouTube and other social media channels. In addition to this, the device has been listed on the Amazon India website with a 'Notify Me' button. Ahead of the launch several specifications of the phone have been leaked online. Oppo F19 Pro & Oppo F19 Pro+ 5G Listed on Amazon India, To Be Launched Soon.

As per a tipster Ishan Agarwal, the handset is expected to be powered by a MediaTek Helio P95 chipset and will be offered with up to 12GB of RAM and up to 256GB of internal storage. 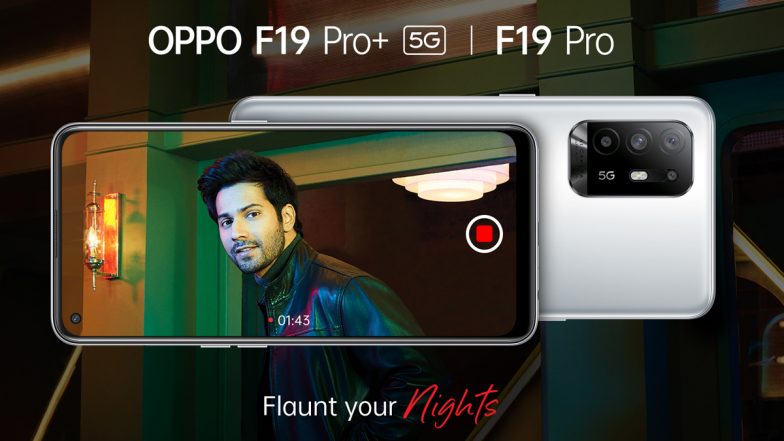 Get ready for the all-new #OPPOF19ProSeries! It’s making the coolest entrance with @NUCLEYA in the #FlauntYourNights Music Event on 8th March. Watch this space for more updates.

For photography, the smartphone is likely to come with a quad rear camera setup flaunting a 48MP main shooter, an 8MP ultra-wide-angle lens, a 2MP portrait sensor and a 2MP macro snapper. At the front, there could be a 16MP selfie shooter. Oppo's F19 Pro is expected to come with a 4,310mAh battery with a 30W VOOC flash charging facility. The handset is likely to be offered in three shades - Black, Purple and Silver. 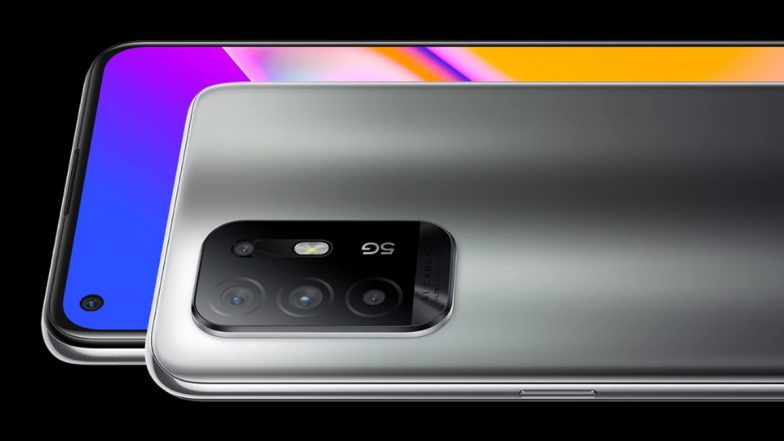 On the other hand, the Oppo F19 Pro+ phone is said to be powered by MediaTek Dimensity 800U SoC paired with 8GB of RAM and 128GB of internal storage. For optics, the device will feature a 64MP main camera and the rest of the camera sensors would be the same as that of Oppo F19 Pro. The phone will come with 50W flash charging support. The company claims that 5 minutes of charge will provide 3.5 hours of video playback. Oppo F19 Pro and Oppo F19 Pro+ will feature a 6.43-inch FHD+ Super AMOLED display. Both smartphones are rumoured to run on an Android 11 based ColorOS 11.1 operating system. Pricing and other details of the Oppo F19 Pro Series will be announced during its launch event.

(The above story first appeared on LatestLY on Mar 03, 2021 01:41 PM IST. For more news and updates on politics, world, sports, entertainment and lifestyle, log on to our website latestly.com).