Oppo, the Chinese smartphone maker will officially launch its Reno5 Pro smartphone today in the Indian market. The handset will be introduced as the successor to the Reno4 Pro device that was launched in India last year. 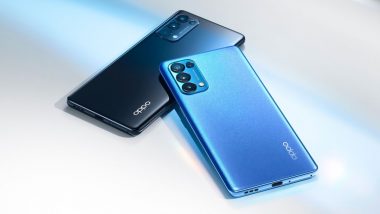 Oppo, the Chinese smartphone maker will officially launch its Reno5 Pro smartphone today in the Indian market. The handset will be introduced as the successor to the Reno4 Pro device that was launched in India last year. Oppo India will also reveal its Enco X true wireless earbuds today along with Reno5 Pro device. Ahead of the launch, the company has been teasing both its devices on its official Twitter and other social media channels. The online launch event will commence at 12:30 pm IST via Oppo India's official YouTube and other social media accounts. Interested users can also watch the live broadcast of the event here by clicking on the below-embedded video. Oppo Reno 5 Pro 5G Smartphone Launching Tomorrow in India; Expected Prices, Features & Specifications.

In terms of specifications, Reno5 Pro is expected to come with the same specs as that of the Chinese model. It could feature a 6.55-inch FHD+ OLED display with a 90Hz refresh rate. Under the hood, the handset is likely to be powered by MediaTek Dimensity 1000+ SoC coupled with up to 12GB of RAM and up to 256GB of internal storage. 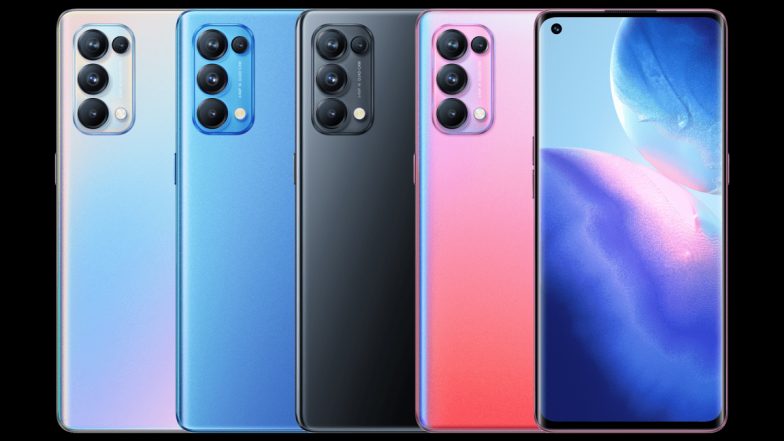 Congratulations are in order!

Jump The Queue found its winners in you. Stay tuned to watch the launch of #OPPOReno5Pro and #LiveTheInfinite on Jan 18th at 12:30pm. pic.twitter.com/QPTMXJP21Y

For optics, the phone might come equipped with a quad rear camera comprising of a 64MP main camera, an 8MP ultra-wide-angle lens, a 2MP macro snapper and a 2MP portrait snapper. At the front, there could be a 32MP lens for selfies and video calls. 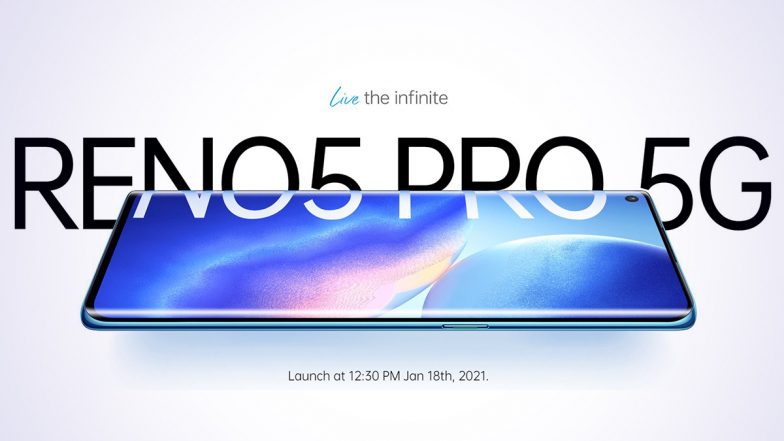 The handset is likely to be backed by a 4,350mAh battery with 65W SuperVOOC 2.0 fast charging support. Connectivity options will include Wi-Fi, Bluetooth 5.1, GPS/A-GPS, Glonass, a 3.5mm headphone jack and in-display fingerprint sensor. Coming to the pricing, Reno5 Pro is expected to be priced in India at Rs 39,990. Oppo India will be offering the handset with 10 percent cashback via HDFC Bank, Bank of Baroda, Federal Bank and ICICI Bank. Pricing and other details of Enco X true wireless earbuds will be announced during the launch event.

(The above story first appeared on LatestLY on Jan 18, 2021 09:07 AM IST. For more news and updates on politics, world, sports, entertainment and lifestyle, log on to our website latestly.com).