Oppo, the Chinese smartphone maker will officially launch its Reno6 Series in India on July 14, 2021. Ahead of its launch, an unboxing video of Reno6 Pro 5G has emerged online which reveals its key specifications and price. 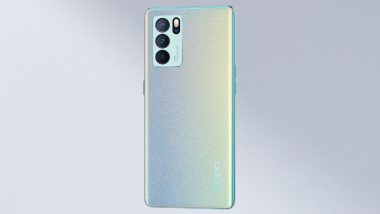 A YouTuber who goes by the name of Satzomake Unbox has revealed in his unboxing video that the Reno6 Pro 5G will come in a blue-black coloured retail box with a model number CPH2249. It will be offered with 12GB of RAM and 256GB of internal storage. 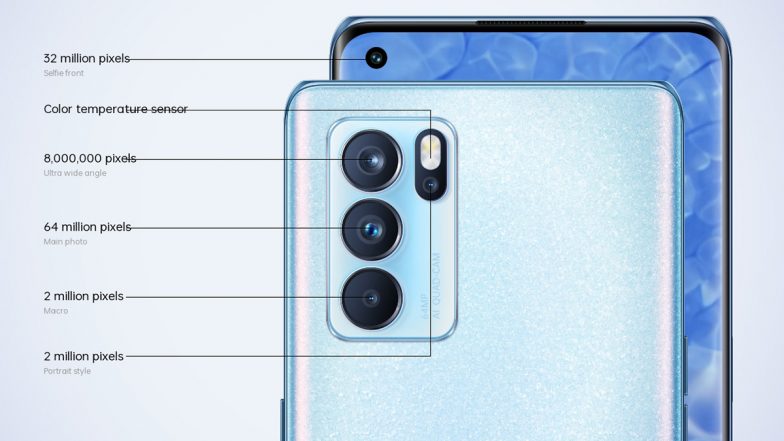 Watching a message > reading a message. So, we put Ranbir Kapoor in front of the new OPPO Reno 6 Pro 5G to send out all sorts of messages - on demand! Watch how he delivered them for some surprised recipients.👀#SayItWithRanbir #EveryEmotionInPortrait #OPPOReno6Series pic.twitter.com/6jmAaHAEDk

The device is also rumoured to come with an 8GB + 128GB model. The unboxing video further reveals a 6.55-inch display and a 4,500mAh battery. For photography, the phone will get a quad rear camera setup comprising of a 64MP main camera, an 8MP secondary lens, a 2MP snapper and a 2MP lens. At the front, there will be a 32MP camera for selfies and video calls.

(The above story first appeared on LatestLY on Jul 12, 2021 09:43 AM IST. For more news and updates on politics, world, sports, entertainment and lifestyle, log on to our website latestly.com).