Twitter on Wednesday announced that it is working to allow users to edit their tweets after posting them to fix typos and errors, as its CEO Parag Agrawal welcomed Tesla and SpaceX CEO to its board of directors. 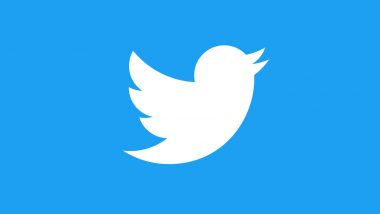 New Delhi, April 6: Twitter on Wednesday announced that it is working to allow users to edit their tweets after posting them to fix typos and errors, as its CEO Parag Agrawal welcomed Tesla and SpaceX CEO to its board of directors. The micro-blogging platform said Twitter plans to begin testing the feature with Twitter Blue subscribers in "the coming months."

"Now that everyone is asking... yes, we've been working on an edit feature since last year!," said the company. "We didn't get the idea from a poll (by Elon Musk). We're kicking off testing within @TwitterBlue. Labs in the coming months to learn what works, what doesn't, and what's possible," Twitter posted. Do You Want an Edit Button on Twitter? CEO Parag Agrawal Says 'Vote Carefully' as Elon Musk Begins Poll Online.

Do you want an edit button?

The news comes as Musk acquired 9.2 per cent stake for $3 billion in the company. Jay Sullivan, the company's VP of consumer product, said that the edit button has been the most requested Twitter feature for many years.

"People want to be able to fix (sometimes embarrassing) mistakes, typos and hot takes in the moment. They currently work around this by deleting and tweeting again," Sullivan said on Wednesday.

Without things like time limits, controls, and transparency about what has been edited, "Edit could be misused to alter the record of the public conversation," he commented. "Protecting the integrity of that public conversation is our top priority when we approach this work".

Therefore, it will take time and "we will be actively seeking input and adversarial thinking in advance of launching Edit. We will approach this feature with care and thoughtfulness and we will share updates as we go," he said in a tweet thread.

Twitter's former CEO, Jack Dorsey was always reluctant to add the edit button in the past. Musk, which started a poll this week asking his over 80 million followers if they want an edit button, has announced to make significant improvements to Twitter in coming months.

(The above story first appeared on LatestLY on Apr 06, 2022 02:37 PM IST. For more news and updates on politics, world, sports, entertainment and lifestyle, log on to our website latestly.com).