US Top CEOs 2019: Mark Zuckerberg Ahead of Tim Cook, Behind Sundar Pichai in Top CEOs Index 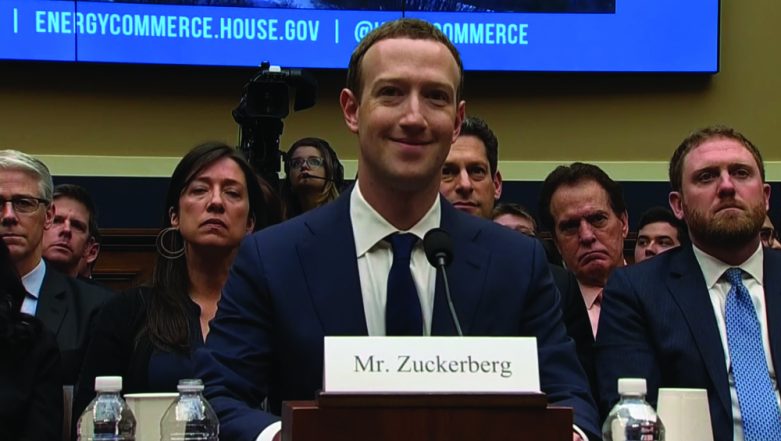 San Francisco, June 19: Social media giant Facebook CEO Mark Zuckerberg has dropped from his 2018 rank of number 16 to number 55 on the list of top Chief Executive Officers (CEOs) in the US this year. A total of 27 CEOs from the tech industry made it to the job and recruiting site Glassdoor's annual list of CEOs from top companies, news website CNET reported late on Tuesday.

According to the report, Zuckerberg lagged behind Google CEO Sundar Pichai, who also received a 94 per cent CEO approval rating but came in 46th place overall. On the other hand, the Facebook CEO still managed to came ahead of Apple CEO Tim Cook, whose approval rating was 92 per cent, securing him the 69th spot on the list. List of Top CEOs 2018: Microsoft's Satya Nadella And Google's Sundar Pichai Ranks Among Top Ten in Comparably's Survey.

However, Cook is one of only two CEOs to remain in the top 100 for all seven years along with Zuckerberg. Other technology CEOs like Adobe's Shantanu Narayen and Microsoft's Satya Nadella bagged the coveted fifth and sixth spots in the list gaining an employee approval rating of 98 per cent each.

It may be recalled that when Glassdoor first started ranking aCEOs back in 2013, Zuckerberg was ranked the number one CEO in the US, with a 99 per cent approval rating.