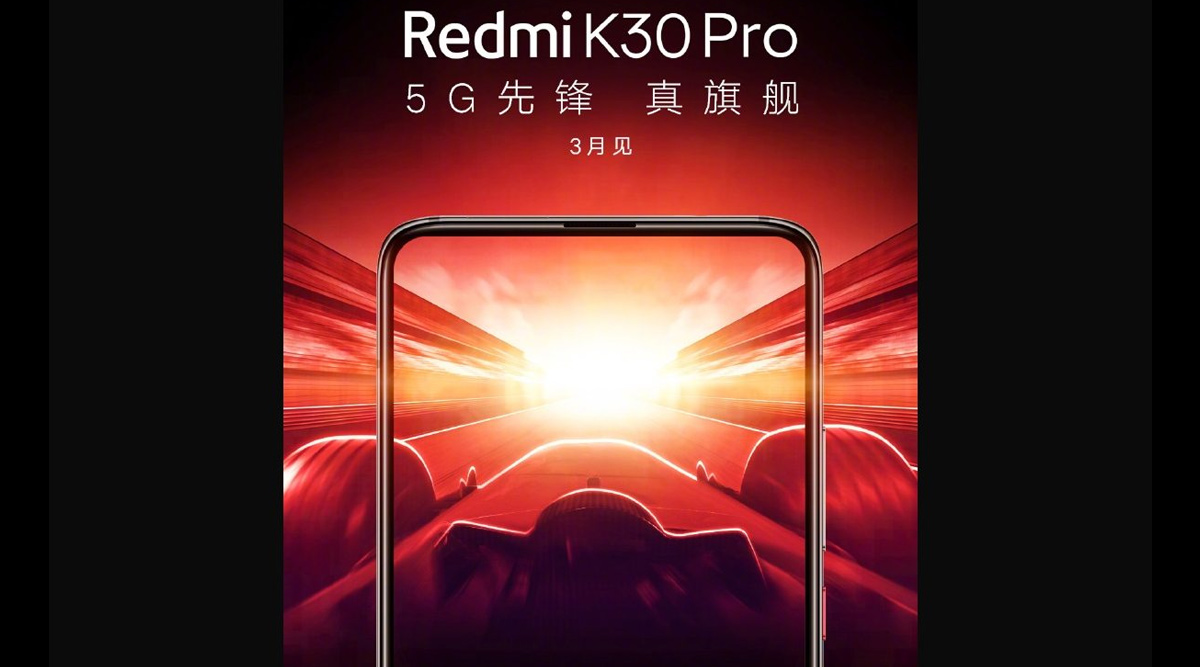 Xiaomi, the Chinese phone brand introduced Redmi K30 handset in the home market last year in December. The same smartphone was introduced in India by rebranding it to Poco X2. Now, the company is looking to launch the Redmi K30 Pro in China. According to the reports, it is believed that the smartphone will be launched in Beijing, China on March 3. The company officially announced the launch date of the smartphone via Weibo by revealing a poster image of Redmi K30 Pro. Xiaomi Redmi K30 Pro Likely To Get 8GB RAM &#038; Snapdragon 865 Chipset: Report.

Moreover, the teaser confirms that the upcoming Redmi K30 Pro will come with 5G compatibility. Recently, Realme launches its first 5G smartphone packed with Qualcomm Snapdragon 865 chipset. Being a 5G device, the same chipset is likely to be seen on the Redmi K30 Pro.

If the market rumours are to be believed, the Redmi K30 Pro is expected to be a major upgrade over the predecessor. The phone is likely to get a 4700 mAh battery with 33W fast charging support. For photography, there could be a 64MP quad rear camera module.