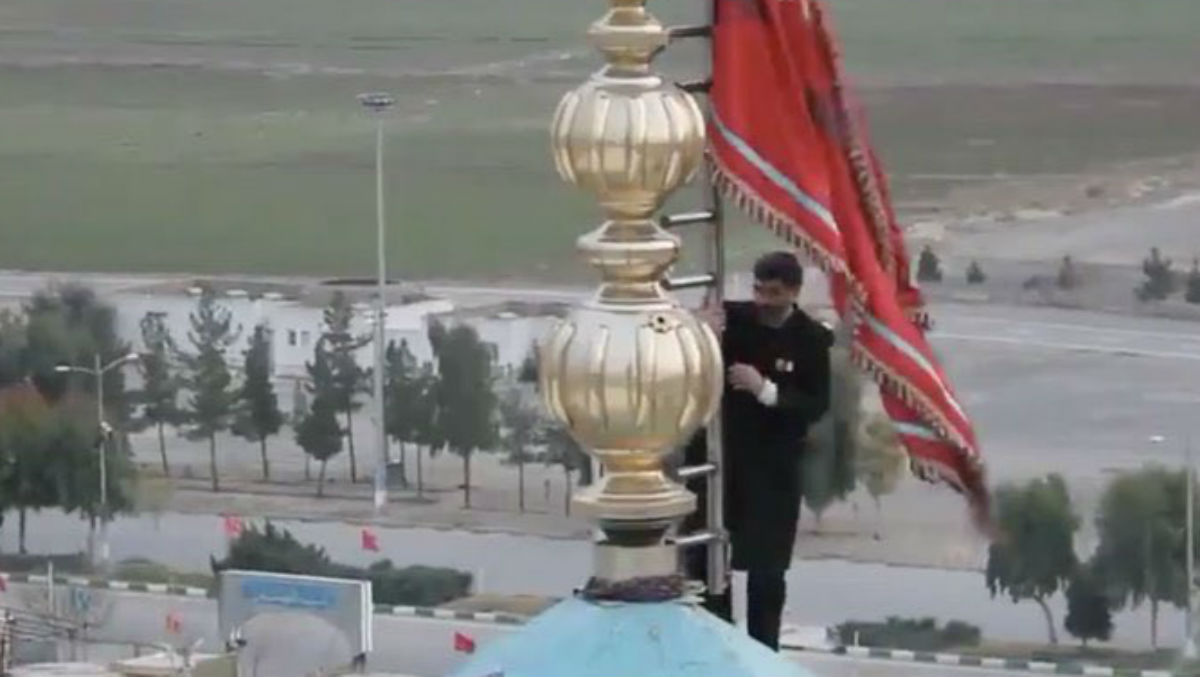 Tehran, January 5: The sight of a red flag symbolising 'revenge' or 'war' unfurled on Saturday above the dome of Jamarkaran Mosque in Iran's holy city of Qom sparked talks of fresh tension in the US-Iran struggle after US drone attacks killed Iranian General Qasem Soleimani and others on Friday. Experts said that this is first time in modern history that Iran has unfurled red flag atop the mosque. The flag was inscribed with the words, "Those who want to avenge the blood of Hussein," reported local media. Iran Says US Has Asked for 'Proportionate Response' to Qasem Soleimani’s Killing.

The symbolic but significant act of unfurling the flag was preceded by thousands taking to streets of Baghdad and shouting "Death to America" in the funeral processions of Soleimani and al Muhandis. Donald Trump Sends Veiled Truce Offer to Iran After Qassem Soleimani's Killing: '...Never Won a War, But Never Lost a Negotiation'.

See Picture of the Flag Unfurling Below

Thousands chanting “America is the Great Satan” marched in Baghdad,

A red flag flying on Jamkaran mosque of Qom, symbolizing the duty of revenge. pic.twitter.com/CgLT1C7nx6

Red Flag: A Symbol Of Severe Battle To Come.#Qaseemsulaimani#قاسم_سليماني pic.twitter.com/B1mcePk4Ri

"The Americans were not aware of the big mistake they made; they will face the consequences of their crime, not only today but also in the coming years," Rouhani said as he visited relatives of Soleimani, who was killed in a US drone strike ordered by President Donald Trump outside Baghdad's airport on Friday, reports Efe news.