The woman who alleged Mr Trudeau touched her inappropriately issued a statement on Friday to CBC News saying the incident happened as described, but now she wants to be left alone. 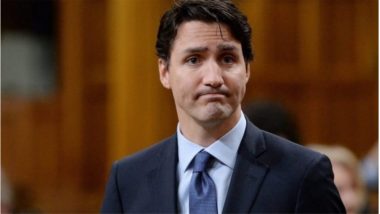 Canadian Prime Minister Justin Trudeau has denied allegations of groping a woman at a music festival 18 years ago and says that he does not recall any ‘negative interactions’ on the day in question. The prime minister made the statement in response to questions about a 2000 editorial in British Columbia’s Creston Valley Advance that has resurfaced in recent weeks. Although, the woman who alleged Mr Trudeau touched her inappropriately issued a statement on Friday to CBC News saying the incident happened as described, but now she wants to be left alone.

The woman Rose Knight, a former journalist at the times was covering an event attended by then 28-year-old Mr Trudeau. The event was held in British Columbia to raise money for an avalanche safety charity with which Mr Trudeau was involved. Days afterwards, an unsigned editorial appeared in local paper, accusing him of ‘groping’ a young female reporter.

In the statement reported by CBC News, Rose Knight wrote, “I issue this statement reluctantly, in response to mounting media pressure to confirm that I was the reporter who was the subject of the Open Eyes editorial, published in Creston Valley Advance in August of 2000.” She further said, “The incident referred to in the editorial did occur, as reported. Mr Trudeau did apologise the next day. I did not pursue the incident at the time and will not be pursuing the incident further. I have had no subsequent contact with Mr Trudeau, before or after he became Prime Minister. The debate, if it continues, will continue without my involvement.”

In the editorial, it suggests that Mr Trudeau offered an apology the day after the incident. He is quoted saying: “I’m sorry. If I had known you were reporting for a national paper I never would have been so forward.” And on Thursday, Mr Trudeau addressed the apology in detail. “Again, I’ve been reflecting on the actual interaction and if I apologised later, then it would be because I sensed that she was not entirely comfortable with the interaction that we had,” Trudeau said.

Former publisher of the Advance, Valerie Bourne told CBC News commenting on the incident and her interaction with the reporter in 2000, “My recollections of the conversation were that she came to me because she was unsettled by it. She didn’t like what had happened. She wasn’t sure how she should proceed with it because of course we’re talking somebody who was known to the Canadian community.” She also added, “I would not classify it or qualify it as sexual assault.”

The incident is alleged to have taken place in 2000 at the Kokanee Summit in Creston, British Columbia. The event was raising money for the Avalanche Foundation, a charity Trudeau became involved with after his brother, Michel, died in an avalanche in 1998. Meanwhile in India, a female sports journalist has accused a senior editor from Bengaluru of sexual harrassment.

(The above story first appeared on LatestLY on Jul 07, 2018 09:35 AM IST. For more news and updates on politics, world, sports, entertainment and lifestyle, log on to our website latestly.com).