The Taliban are ready for the second round of talks with the U.S., possibly this month, which is likely to focus on the prisoner exchange, confidence-building measures, and ways to move from back-door meetings to formal negotiations, said Taliban officials in separate interviews in recent days. 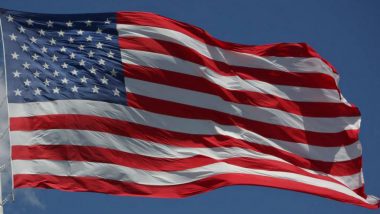 Islamabad, Sep 12: The Taliban are ready for the second round of talks with the U.S., possibly this month, which is likely to focus on the prisoner exchange, confidence-building measures, and ways to move from back-door meetings to formal negotiations, said Taliban officials in separate interviews in recent days.

Speaking on condition of anonymity because they are not authorized to speak to the media, Taliban officials recounted details of a meeting held in July with Alice Wells, Washington's top envoy to the region.

One of the officials said the meeting ended with a plan to meet again in September. The U.S. has refused to confirm or deny that meeting. Both the U.S. and the Afghan government have insisted that talks on Afghanistan's future would be Afghan-led, while direct talks between Washington and the Taliban — which the insurgents have long demanded — are said to be a stepping stone toward Afghan-to-Afghan talks.

The Taliban have sought direct talks to settle U.S. concerns about the Taliban's participation in Afghanistan's future as well as the presence of NATO and the U.S. in the country.

The official, who spoke to The Associated Press from Qatar, where the Taliban maintain a political office, said they are waiting on Washington for a second meeting date.

During the July meeting, the Taliban asked for recognition of their political office in the Qatar capital of Doha as well as an end to restrictions against its top leaders before the start of the formal negotiations, they said.

The Taliban repeated their longstanding demand for the release of its prisoners in jails in Afghanistan, claiming as many as 2,000 are being held. Washington has long been demanding the release of prisoners held by the Taliban including American Kevin King and Australian Timothy Weeks, two professors at the American University in Kabul who were kidnapped in August 2016 as they returned to their compound.

In a statement posted on its official website, the Taliban last month took the unusual step of withdrawing security promises to the International Committee of the Red Cross, saying the ICRC had failed to help prisoners in Afghanistan's Pul-e-Charkhi jail who were on a hunger strike to protest prison conditions.

The Taliban statement was unusual in that it was a rare time that the insurgent group threatened punitive action for alleged behaviour that was not Taliban-specific, but rather a general condemnation for a job it said was being poorly done.

The same statement warned all international organizations operating in Afghanistan to "understand that if they indulge in trivial or other irrelevant activities instead of focusing on the main needs of the oppressed people, the Islamic Emirate will treat them in a similar fashion as the decision taken against the Red Cross."

Meanwhile, Taliban officials said talks between the U.S. and Taliban are at a preliminary stage, still sorting out the simplest of details such as an agenda of formal talks, where those talks might be conducted and who would participate.

Still, Taliban officials said the July meeting covered a gambit of issues ranging from a U.S. request for a two-month cease-fire to allow for peaceful parliamentary elections scheduled for next month in Kabul, to a visit by Taliban officials to prisoners in government custody. No agreement was reached on either.

Taliban officials said the details of the July meeting were shared with the Taliban leadership council representative Nooruddin Turabi, who travelled to Qatar for the briefing. It wasn't clear from where Turabi travelled but the leadership council is believed to be headquartered in Pakistan, even as Islamabad denies providing the insurgents with safe havens. During the Taliban rule that ended in 2001 with the U.S.-led invasion, Turabi served as justice minister as well as the much-feared Minister of Protection of Virtue and Suppression of Vice.