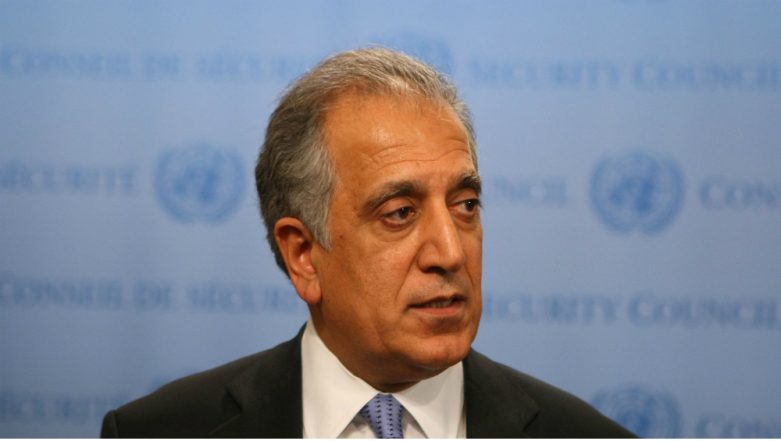 Toronto, March 14: In a concrete step towards bringing the 17 year war in Afghanistan to an end, the U.S. and the Taliban have come to an agreement on a draft proposal that outlines counter-terrorism assurances as well as coalition troop withdrawal. This development was confirmed by U.S. envoy to Afghanisatn Zalmay Khalilzad.

Khalilzad tweeted that "the conditions for peace have improved" after a round of talks with Taliban leaders in Qatar's capital of Doha. The two sides had come to an agreement on two of the four issues that are the main feature in the Afghanistan conflict. "Peace requires agreement on four issues: counter-terrorism assurances, troop withdrawal, intra-Afghan dialogue, and a comprehensive ceasefire," he wrote. "In January talks, we 'agreed in principle' on these four elements. We're now 'agreed in draft' on the first two."

The Taliban issued its own statement, saying "progress was achieved" on the issues mentioned by the American chief negotiator. “For now, both sides will deliberate over the achieved progress, share it with their respective leaderships and prepare for the upcoming meeting, the date of which shall be set by both negotiation teams," it said.

However, the two issues that have not been agreed on especially the one involving intra-Afghan dialogue could be the most intractable as the Taliban have refused to talk with Ashraf Ghani’s government, and repeatedly calling it a puppet installation by the West.

Khalilzad also said that before proceeding with another round of talks, he will next hold discussions in Washington and "consultations with other partners." "We will meet again soon, and there is no final agreement until everything is agreed," he said.

This is especially true as the violence in Afghanistan continues unabated. 13 Afghan troops were killed in a recent bout of violence in the country.