Delhi Assembly Elections 2020 Results: Confident That It Will Be a Good Day for BJP, Says Manoj Tiwari 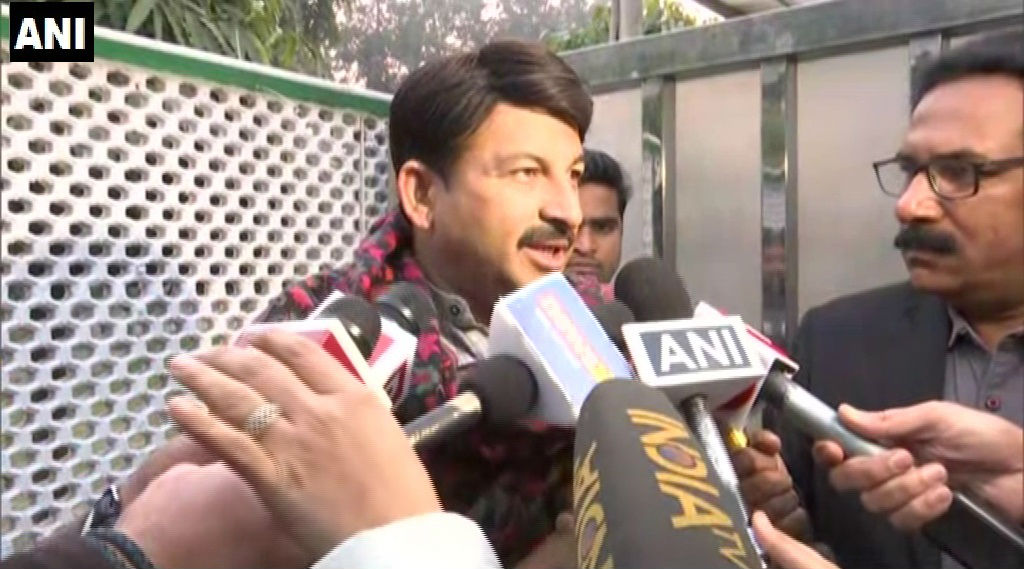 New Delhi, February 11: Just ahead of the beginning of counting for the Assembly elections, Delhi BJP chief Manoj Tiwari on Tuesday exuded confidence that his party will form the government in the national capital with a comfortable majority.

"I am not nervous. I am confident that it will be a good day for BJP. We are coming to power in Delhi today. Do not be surprised if we win 55 seats," Tiwari told reporters here. "Today is Tuesday and it also marks the day when Pandit Deen Dayal Upadhyay sacrificed his life. Me along with many other party officials are going to pay our respect to Panditji's statue at 6 DDU Marg (BJP headquarters)," he added. Delhi Assembly Elections 2020 Results Live Updates.

Meanwhile, BJP Rajya Sabha MP Vijay Goel also offered prayers at the Hanuman Temple in Connaught Place, ahead of the counting process. Though Goel said it was his weekly routine to offer prayers on Tuesday, he said he was assured of BJP's win in Delhi. "We are assured that BJP government will be formed in Delhi with a majority," Goel told ANI.

The counting of votes for 70 seats of the Delhi Assembly begins amid tight security today. According to Delhi's Chief Electoral Officer (CEO) Ranbir Singh, the counting of votes will take place at 21 centres. There will be a dedicated hall for every assembly constituency.

A tight security net has been put in place to ensure the counting of votes takes place in a peaceful manner. Over 670 candidates are in the fray for 70 seats at stake in the country's capital.In the last assembly poll, the AAP had won 67 seats, the BJP 3. Delhi Assembly Elections 2020 Results From South Delhi.

Congress didn't open its account. While AAP hopes for a second consecutive term, the BJP is eyeing to gain a majority by cashing in on the popularity of Prime Minister Modi. The Congress, which was in power for 15 years at a stretch in Delhi under the leadership of former Chief Minister late Sheila Dixit till the party lost to AAP in 2015 polls, hopes for a revival.