MRPL is not a new company for HPCL. It was an HPCL company before ONGC in 2003 acquired joint venture partner A V Birla Group's stake. 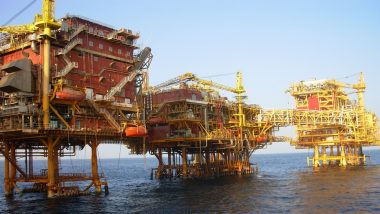 ONGC, India's biggest oil and gas producer, in 2018 completed the acquisition of HPCL for Rs 36,915 crore. After this takeover, it has two refining subsidiaries -- HPCL and MRPL.

"There are a lot of synergies in the merger of MRPL with HPCL. For one, it will balance the fuel marketed by HPCL with the refining capacity, eliminating the need to buy fuel from other companies," he said.

But before this merger happens, ONGC is looking at merging ONGC Mangalore Petrochemicals Ltd (OMPL) with MRPL, he said. MRPL holds 51 per cent stake in OMPL, while ONGC has 48.9 per cent. MRPL is to acquire ONGC's shareholding in the company.

"First stage is the merger of OMPL with MRPL and the merger with HPCL will follow that," he said. HPCL Chairman and Managing Director Mukesh Kumar Surana has been since January 2018 talking of the synergy MRPL acquisition will bring to the company. For one, HPCL sells more petroleum products than it produces, and bringing MRPL's 15 million tonnes a year refinery under the fold would help bridge the shortfall.

Also, there can be synergies in crude oil procurement as well as in optimising refinery set-up, he has been saying. MRPL is not a new company for HPCL. It was an HPCL company before ONGC in 2003 acquired joint venture partner A V Birla Group's stake.

HPCL has 23.8 million tonnes of annual oil refining capacity. Together with 15 million tonnes refinery of MRPL, it will become India's second-biggest state-owned oil refiner after Indian Oil Corp (IOC). Overall, it will become the third-biggest refiner behind IOC and Reliance Industries. MRPL will be the third refinery of HPCL, which already has units at Mumbai and Visakhapatnam.