Set in the late 1960s and early 1970s, the series will be directed and showrun by Rensil D'Silva. 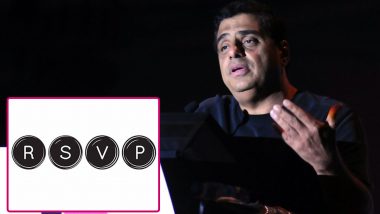 Producer Ronnie Screwvala on Friday announced that he will be producing espionage thriller series Panthers along with Premnath Rajagopalan of Blue Monkey Films. Set in the late 1960s and early 1970s, the series will be directed and showrun by Rensil D'Silva. According to the makers, the 45 minutes-episodic thriller focuses on the exploits of RAW heroes of the bygone era as they "follow clues, nab their targets, gather information and link together the pieces of the puzzle". Captain India: Kartik Aaryan to Play a Pilot in Hansal Mehta Directorial Based on True Events; Film to Be Backed by Ronnie Screwvala, Harman Baweja.

The show will also give an insight into the plan to hijack a plane in which former Prime Minister Rajiv Gandhi was the pilot, the press release said. Screwvala said 'Panthers' will offer the audience a right balance of realism and entertainment. "Panthers is the story of India's burgeoning spy agency against a politically volatile setting. It is as eye opening as it is gripping and boasts of the right balance of realism and entertainment, making it the perfect project for us at RSVP to get behind. Rensil is the right man at the helm of this one," he said in a statement. From Shah Rukh Khan’s Red Chillies Entertainment to Ronnie Screwvala’s RSVP Movies, Production Houses Behind the Success of OTTs in India.

Calling the series a tribute to RAW, D'Silva said the show will be an interesting watch for those who want to know about the agency's covert operations. "The nation is embracing true stories like never before. All the covert operations mentioned in Panthers have taken place in real life. This series is a tribute to the daring feats of the RAW agency before it ascended to legendary status," he added. Rajagopalan, whose Blue Monkey Films has previously collaborated with RSVP on two films-- "A Thursday" and "Dhyanchand", said he is excited to work with Screwvala for the third time.

"We at Blue Monkey Films are excited to further our association with Ronnie and RSVP as they have long been associated with clutter breaking and riveting content." 'Panthers' will go on floors in the first quarter of 2022.