Amid the recent rise in incidents of terrorism in the country, Pakistan media has raised concern about the trend that some experts in the country say may continue in the coming weeks. 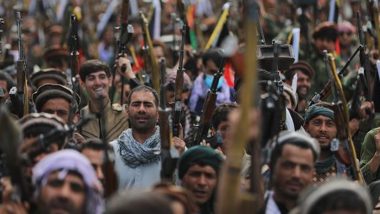 Islamabad, January 24: Amid the recent rise in incidents of terrorism in the country, Pakistan media has raised concern about the trend that some experts in the country say may continue in the coming weeks.

Pakistan Interior Minister Sheikh Rashid has said that his ministry had alerted all armed forces in the country, asking them to stay vigilant. This high alert comes following the blast in Lahore's Anarkali area that led to the death of three people and injury to 26.

An opinion piece titled "Growing terrorism threat", in the Dawn newspaper raised concerns about how the Tehreek-i-Taliban Pakistan (TTP) has escalated terrorist attacks in Pakistan since the Afghan Taliban took power in Afghanistan.

Rashid on Saturday said that a "surge in the wave [of terrorism]" had been observed in the country in the recent past, with terrorism incidents rising by around "35 per cent" since August 15. "But this cannot bring down our nation, morale, spirit and armed forces," he added.

Rasheed blamed "small remnants of groups" defeated by the Taliban for creating an "atmosphere of terror" in Pakistan.

Writing for Dawn, Pakistan security analyst Muhammad Amir Rana said the attack reveals the intention of the terrorist group to create fear. "If more such attacks happen, barricades and check posts on the roads of Islamabad will be brought back. Only recently, a sense of security had returned when the number of security check posts was reduced to a minimum."

Rana stated that TTP is not only a major actor of violence in Pakistan, but it is also a facilitator of the regional operations of Al Qaeda and the East Turkestan Islamic Movement (ETIM).

The Pakistani security analyst went on to argue that any probable alliance between the TTP and Al Qaeda or with ETIM against Chinese interests can prove lethal and cause a diplomatic crisis.

He cautioned that Pakistan has to devise a different approach to deal with the TTP threat, in a bid to save precious lives in the country.