Renault officially unveiled the all-new Kiger SUV in the country. The robust and sub-compact SUV has been designed and manufactured in India. Kiger's exterior style re-inforces SUV's muscular and athletic proportions. 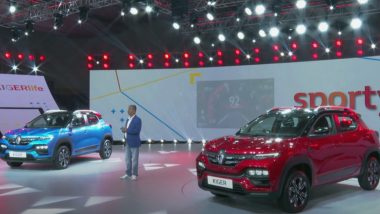 Renault officially unveiled the all-new Kiger SUV in the country. The robust and sub-compact SUV has been designed and manufactured in India. Kiger's exterior style re-inforces SUV's muscular and athletic proportions. The new concept SUV was showcased last year in November, enters a five-seater compact SUV segment and will be positioned on the same CMF-A+ platform as Nissan Magnite. At the front, Kiger gets an upper strip combining both the grille and LEDs for the day time running lights integrated indicators. It also comes with split headlamp cluster and C-shaped LED tail lamps with other exterior features such as floating roofline, wide central air inlet, a shark fin antenna and 16-inch diamond-cut alloy wheels. The company is likely to announce the price of Renault Kiger next month. 2021 Renault Kiger Sub-Compact SUV to Make Global Debut Today, Watch LIVE Streaming Here.

This beauty is all set to revolutionise the B-SUV segment in India. Get ready to live #theKIGERlife in the new #RENAULTKIGER 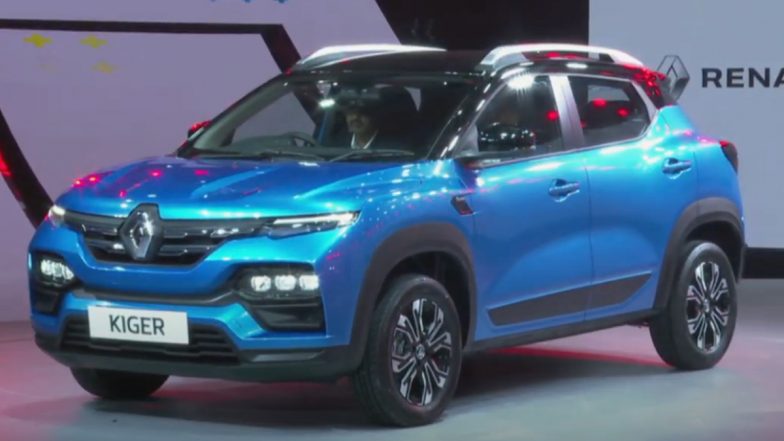 The 1.0-litre will be mated to a 5-speed manual transmission whereas the turbocharged petrol variant will be paired with a 5-speed manual gearbox as well as AMT option will be seen on the top-end variants. 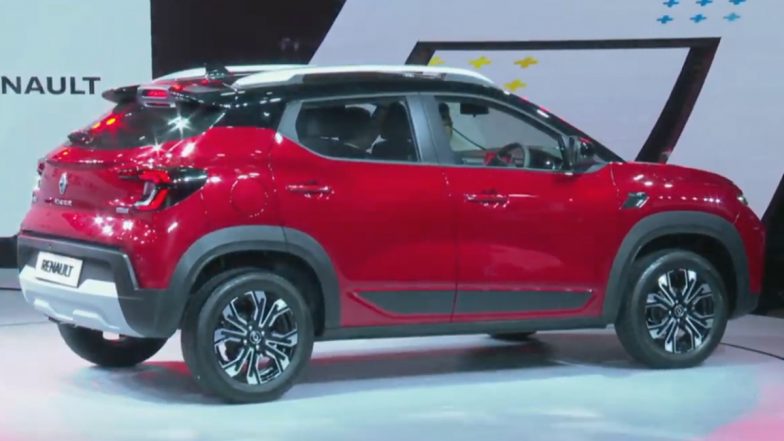 Renault Kiger will be available in six colour options, each can be chosen with a black roof. On the inside, Renault SUV's comes with a multi-function steering wheel, automatic climate control, handsfree smart-access card, PM 2.5 air filter, wireless smartphone charger, ambient lightning and three driving modes - Normal, Eco and Sports.

(The above story first appeared on LatestLY on Jan 28, 2021 04:07 PM IST. For more news and updates on politics, world, sports, entertainment and lifestyle, log on to our website latestly.com).