Renault India on Wednesday officially revealed its new sub-compact SUV in the country, which will be launched next year. Christened Renault Kiger, it will be built on the advanced CMFA+ Platform that laid the foundation for the Triber MPV. 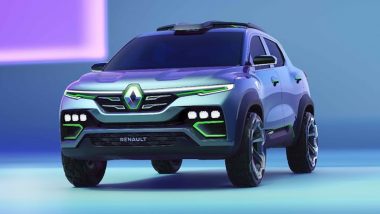 Renault India on Wednesday officially revealed its new sub-compact SUV in the country, which will be launched next year. Christened Renault Kiger, it will be built on the advanced CMFA+ Platform that laid the foundation for the Triber MPV. It is a collaboration between the Corporate design teams in France and Renault India design. The SUV will be launched in the Indian market first before introducing it to global markets. Renault Duster 1.3-Litre Turbo Petrol Launched in India; Prices, Features & Specifications.

The Renault Kiger concept model sports distinctive styling elements that give it a sporty, masculine and modern look. It sports a strong overall attractiveness. The company claims that the sub-compact SUV comes with two identities: one for urban modernity and the second for outdoor ability. The SUV is developed to navigate the city roads on one hand, as well as offer an exemplary experience while driving in the countryside. The French automaker has confirmed that the production version of the SUV will have about 80 percent similarity to the concept model in terms of design. The main objective while developing this car was to make a sub-4m SUV offering an unmatched road presence and imposing frontal boldness. 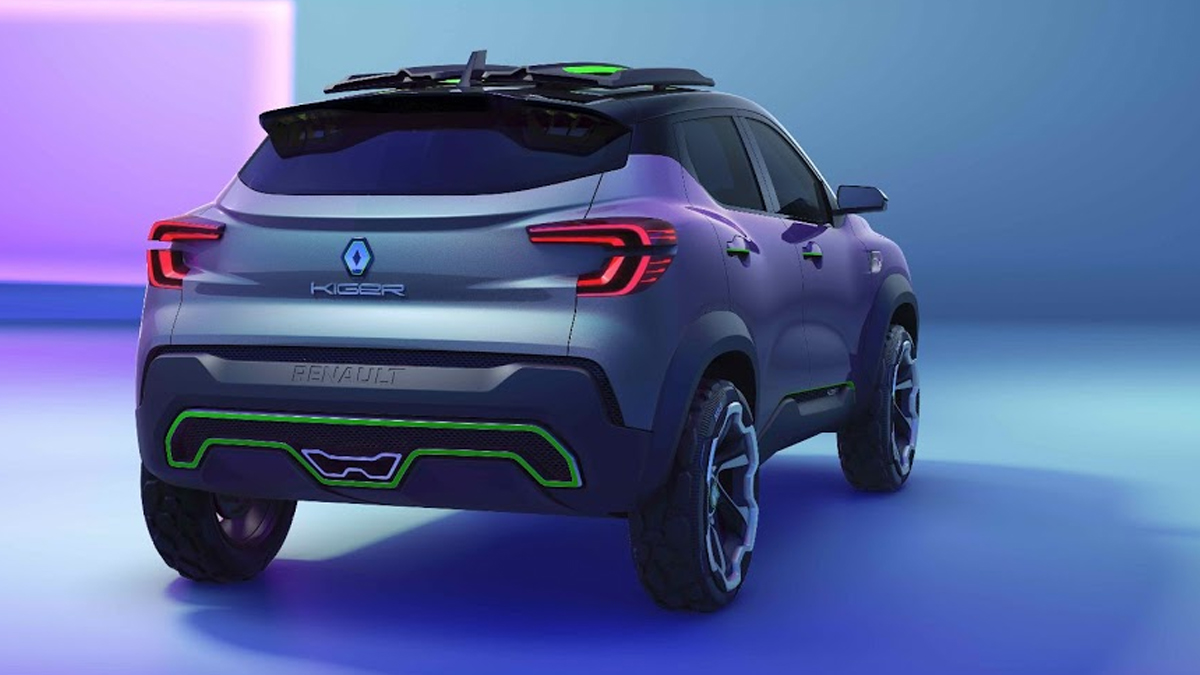 The overall design of the SUV is eye-catching and attractive. The main highlights are the semi-floating roof, a roof-integrated spoiler flag drop, a sloping rear window and tapered mirrors giving reminiscence of an aeroplane wing.  The concept model sports two-level of full LED headlights and a neon indicator light. It also gets double C-shaped tail lamps with LED signature at the rear that makes the car easily recognisable. The stance of the SUV is underlined by 19-inch wheels with heavily grooved tyres, roof rails, front and rear skid plates and 210mm ground clearance. 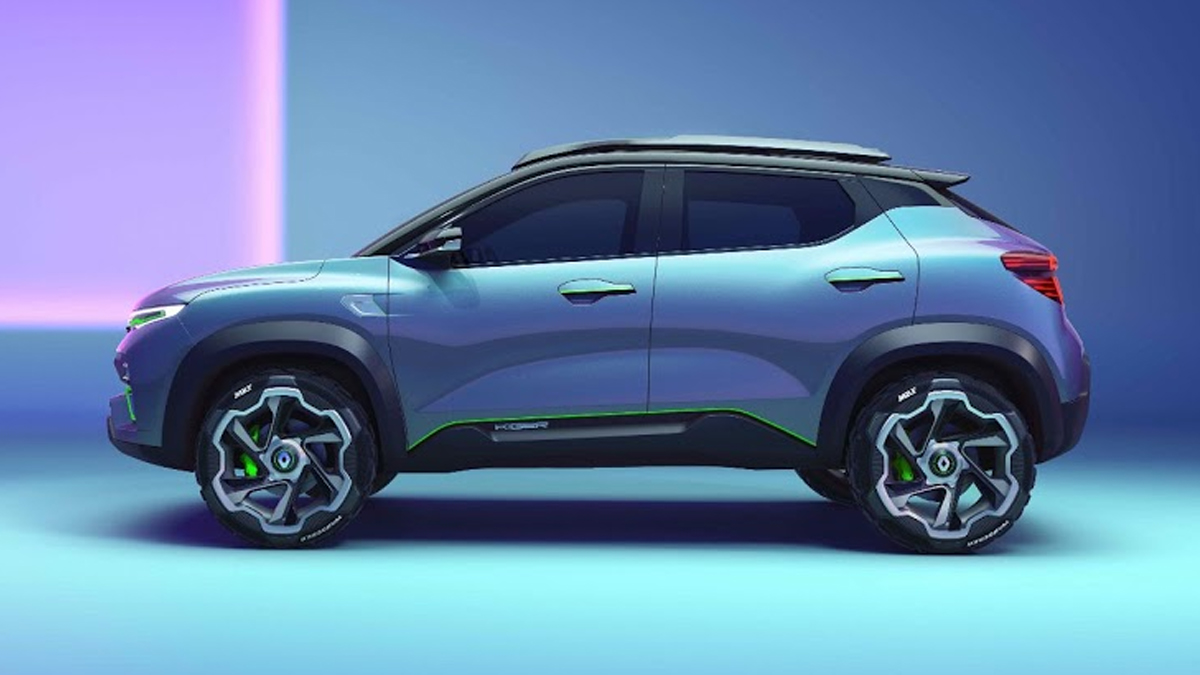 Moreover, the Renault Kiger body colour shows mysteriously changing blue and purple hues, which depends on the angle and light. Comprising of technical metallic grey with a hint of jungle green reflection, the body colour establishes the stable design, with a hint of magic. While dynamic blue-green accents highlight the performance aspect. 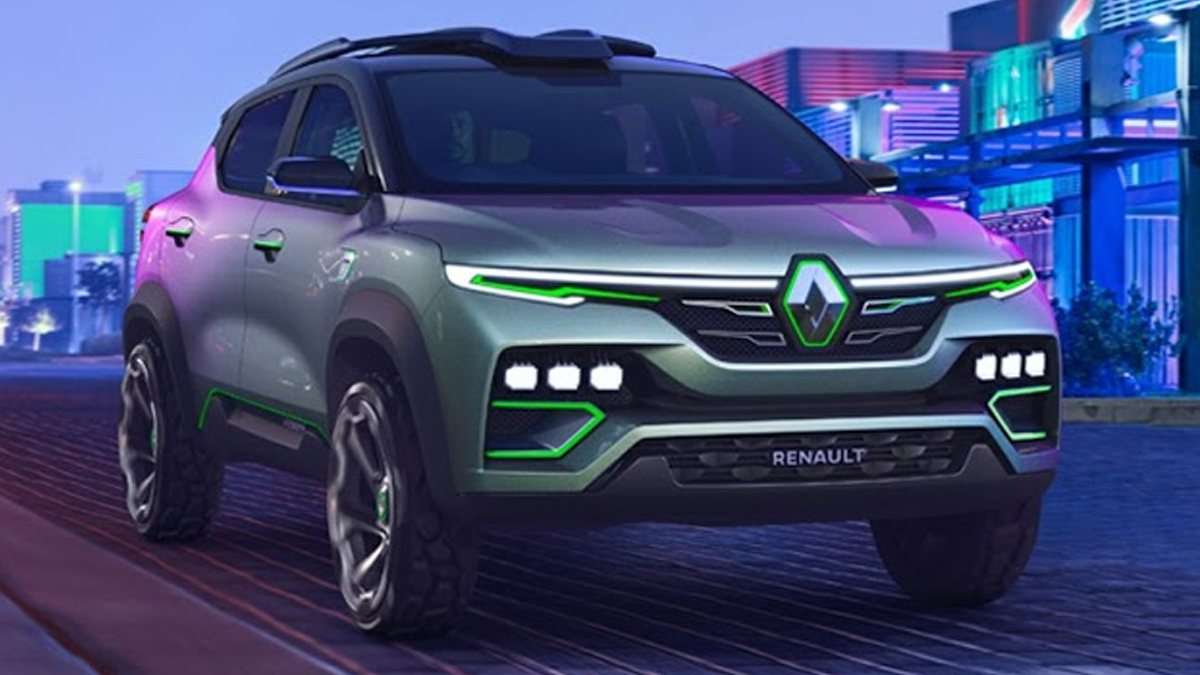 The Renault Kiger will be powered by a brand-new 1.0-litre turbocharged petrol engine for better performance and fuel efficiency. We can expect the SUV in both manual and automatic versions. When launched, it will compete against Maruti Suzuki Vitara Brezza, Hyundai Venue, Kia Sonet, Mahindra XUV300, Tata Nexon, and the upcoming Nissan Magnite.

(The above story first appeared on LatestLY on Nov 18, 2020 04:17 PM IST. For more news and updates on politics, world, sports, entertainment and lifestyle, log on to our website latestly.com).