18 Years of Kabhi Khushi Kabhie Gham: Karan Johar Says He Is Blessed to Have This Story to Look Back to and Still Feel the Love (Read Tweet) 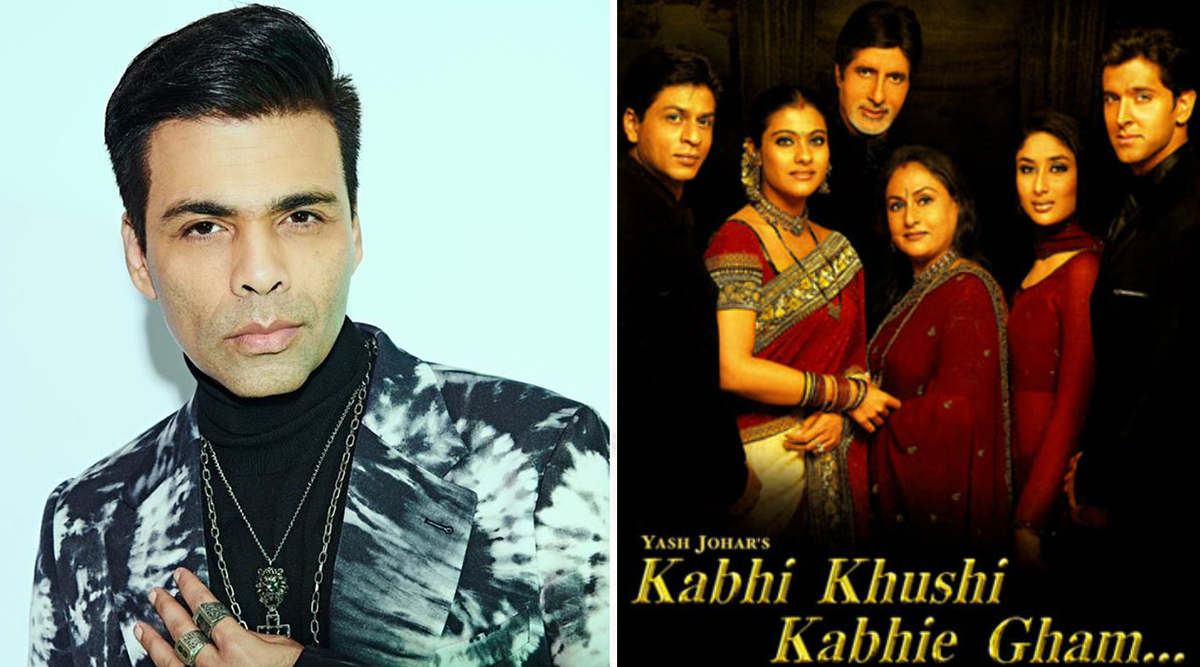 While the iconic scenes from multi-starrer family drama Kabhi Khushi Kabhie Gham might still be at your fingertips, the movie has clocked 18 years today. Director Karan Johar shared a celebratory post on social media on Saturday to mark the milestone. The 47-year-old director-producer shared a video on Instagram with the caption, "Blessed to have this story to look back to & still feel the love. It's always about loving your parents...and the solid & spectacular actors and the team you get to work with!" Ranveer Singh in Talks to Play Comic Book Superhero ‘Nagraj’, Karan Johar to Produce.

The clip shared by Karan contains snippets of all pivotal characters of the film, beginning with the distinguished Yash Raichand played by megastar Amitabh Bachchan. It concludes with a photo of the Raichand family with the words "Celebrating 18 years of Kabhi Khushi Kabhie Gham glistening in the background. The 2001 movie, produced under the Yash Raj banner, was helmed and written by Karan Johar. It boasts of an ensemble star cast, including BigB, Jaya Bachchan, Shah Rukh Khan, Kajol, Hrithik Roshan, and Kareena Kapoor, with Rani Mukerji appearing in a cameo. Shah Rukh Khan Photobombs Karan Johar’s Kuch Kuch Hota Hai Inspired Photoshoot with Him as ‘Rahul’ and Gauri Khan as ‘Tina’.

Kabhi Khushi Kabhie Gham tells the story of a family, which faces troubles due to misunderstanding over their adopted son's (Shah Rukh Khan ) marriage to a girl (Kajol) belonging to a lower socio-economic group than them. The movie was a blockbuster hit along with the songs making a lasting mark among the audience.