The film clocks its 21st year of the release today and Suneil Shetty and Akshay Kumar took to celebrate the special occasion. Sharing a still from the film, they talked about how they made a film without knowing it will become this iconic. 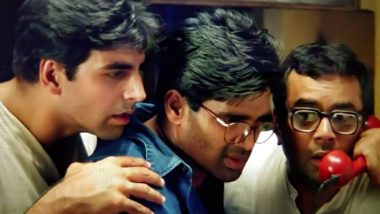 No matter how many years pass by, Suniel Shetty, Akshay Kumar, Paresh Rawal starrer Hera Pheri will always remain a cult classic. The film that revolved around three men living together and their hilariously miserable life has made us laugh to the maximum limit. The film might have released in 2000, but fans still use its iconic dialogues for memes, jokes and other references. Tabu also played an important role in the entertainer, which set the template for new-age comedy in Bollywood. Hera Pheri Funny Memes and Jokes: From Babu Bhaiya to Samsoong Ka Number, Hilarious Posts Featuring Akshay Kumar, Suniel Shetty and Paresh Rawal To Share as Their Epic Comedy Movie Turns 21!

The film clocks its 21st year of the release today and Suneil Shetty and Akshay Kumar took to celebrate the special occasion. Sharing a still from the film, they talked about how they made a film without knowing it will become this iconic. From Babu Rao ka style to Raju and Shyam's fights, one can watch the film again and again and never get bored of it. The sequel to Hera Pheri, titled Phir Hera Pheri, was released in 2006. While the three heroes returned, Bipasha Basu and Rimi Sen were cast as female leads, and late Neeraj Vora took over as director and was equally entertaining as the first part of the film.

The story of Hera Pheri was amazing but what it more fun was the funny dialogues and the stellar dialogue delivery by the actors. To celebrate the glorious 21 years of Hear Pheri, we bring you some of the very epic dialogues from the film. Hera Pheri 3: Akshay Kumar, Suniel Shetty, Paresh Rawal Film to Go on Floors by December. 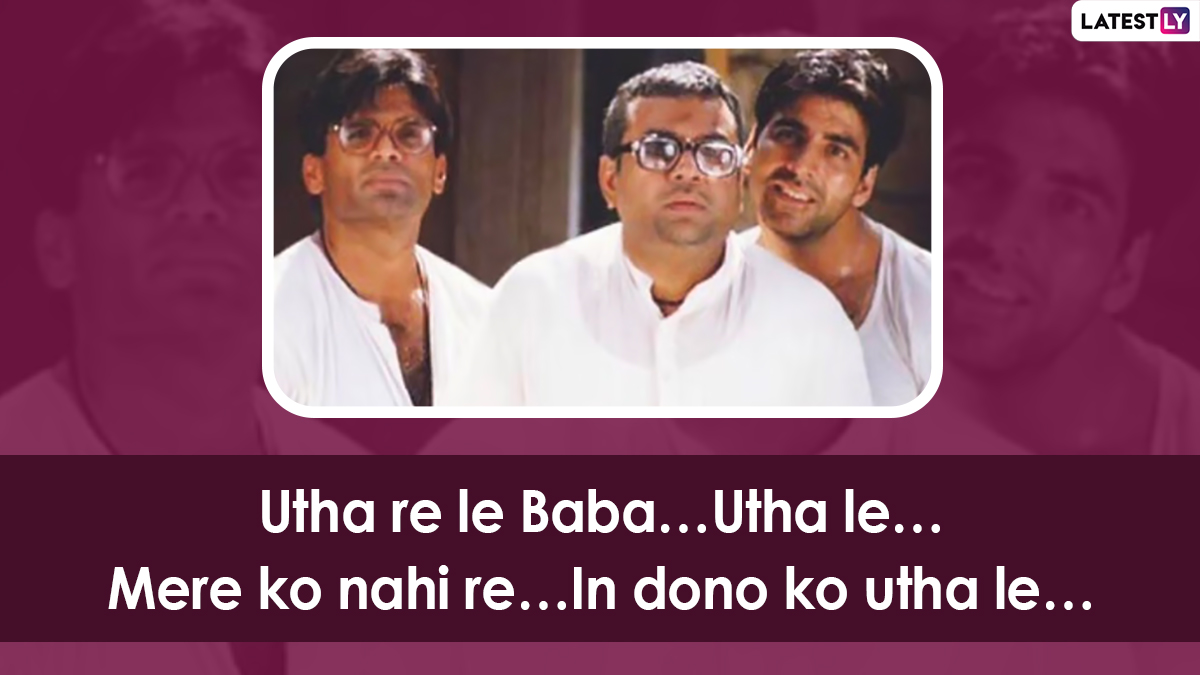 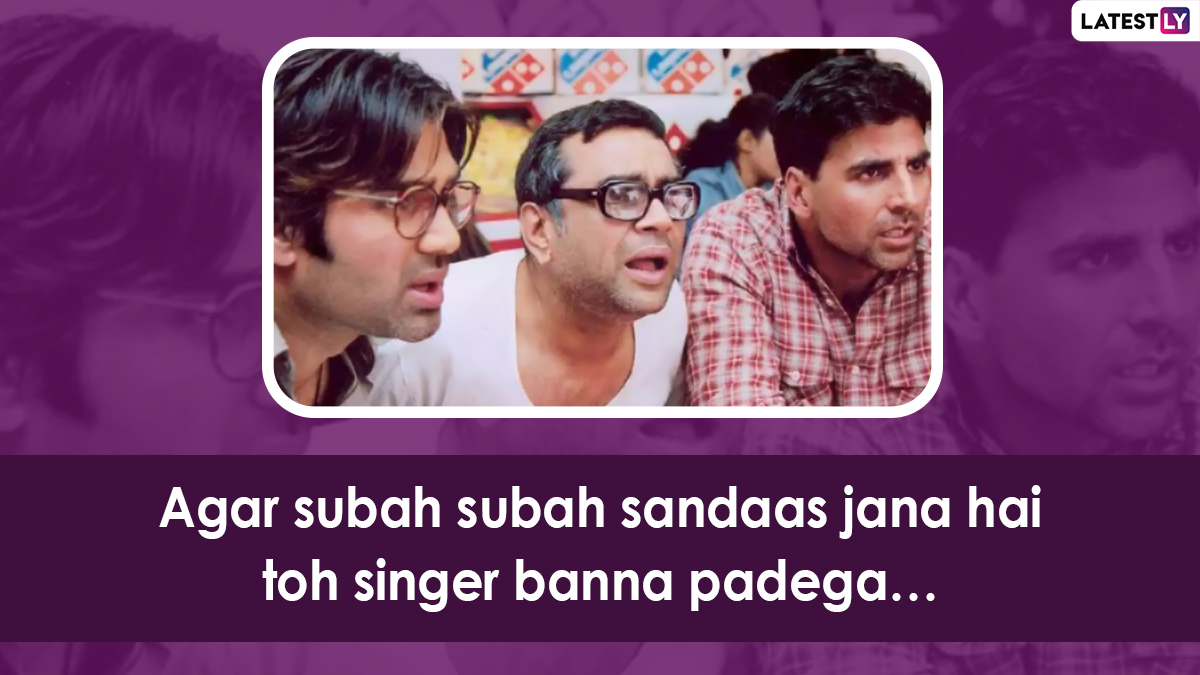 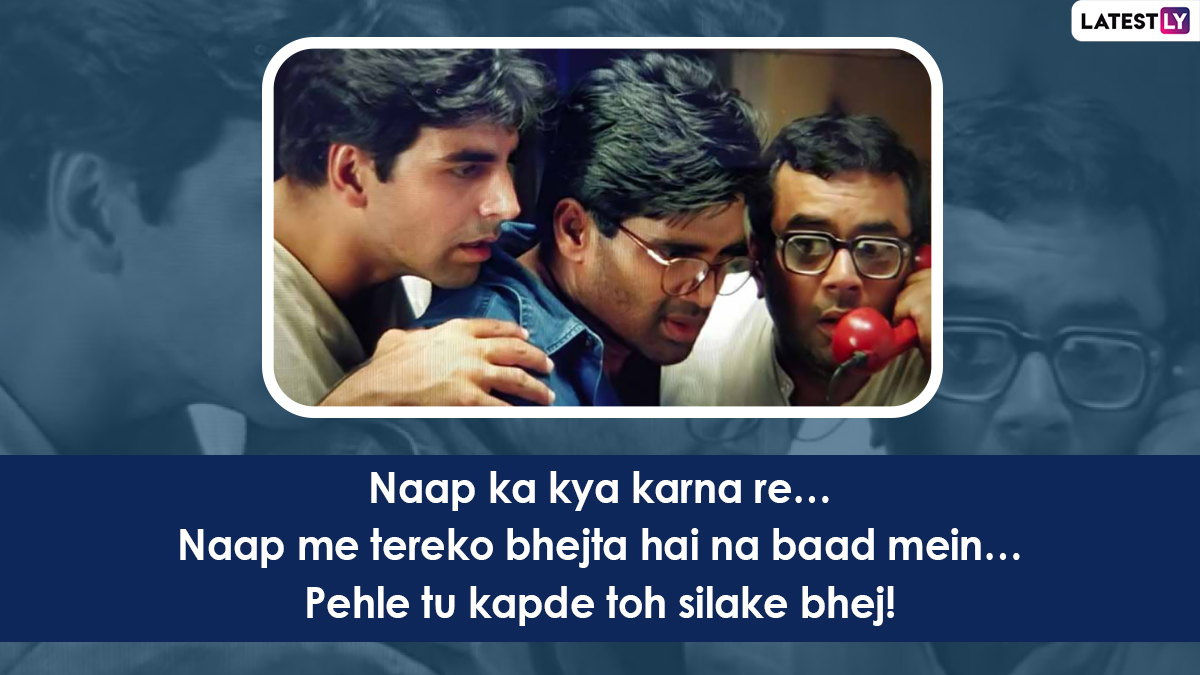 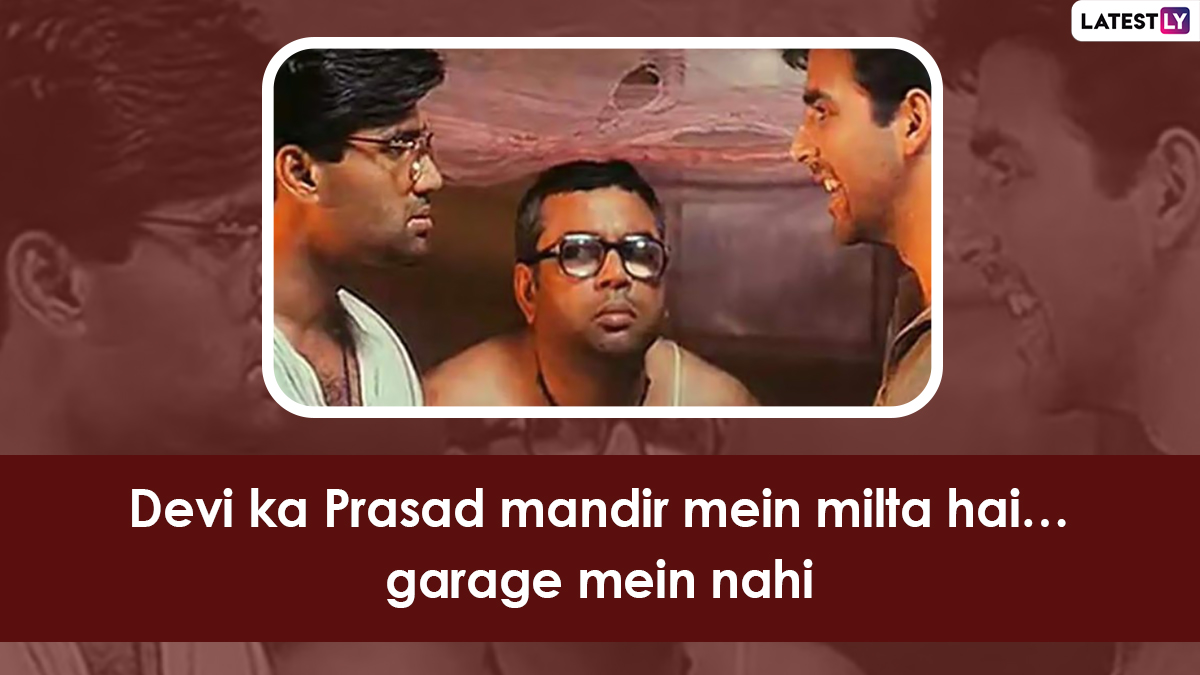 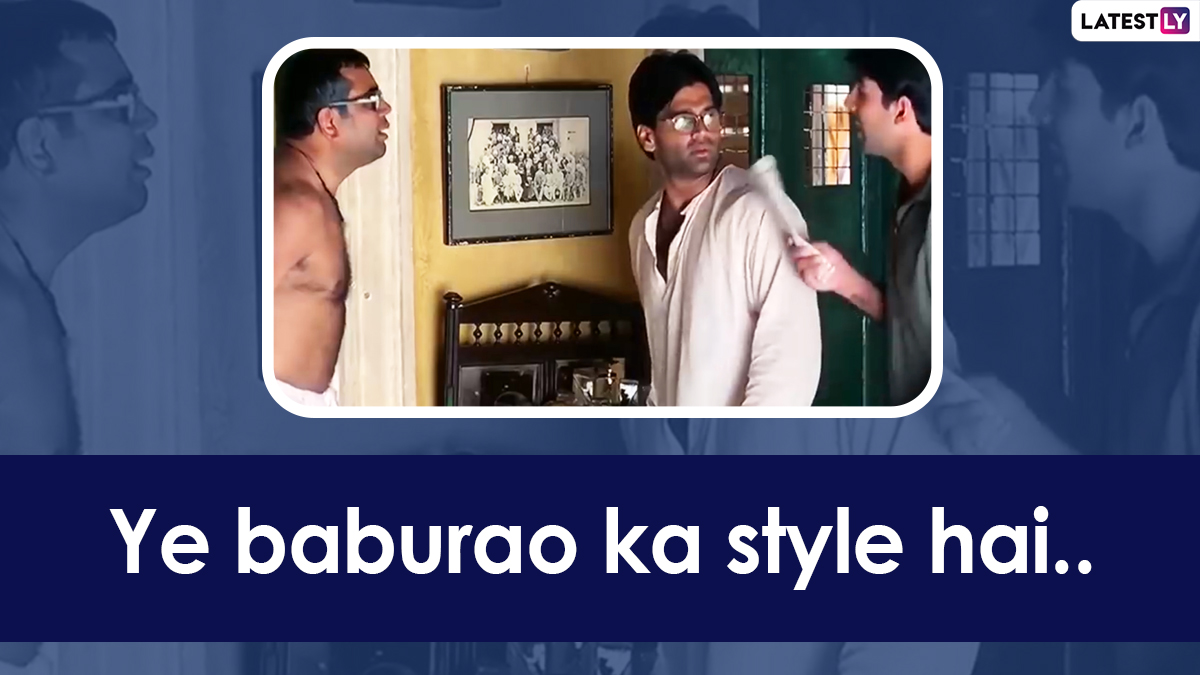 Earlier, while speaking with Mumbai Mirror,  Shetty has revealed, "Everything is on hold for now. The film's team intends to make Hera Pheri 3, but some differences need to be ironed out. The film is a big hit on television as well as in the meme world and we are all aware of the anticipation among the audience for the film." This comment came when he was asked if Hera Pheri 3 is happening or not. The fans have been asking for a third part of the film but till now, nothing has worked out.

(The above story first appeared on LatestLY on Mar 31, 2021 10:28 PM IST. For more news and updates on politics, world, sports, entertainment and lifestyle, log on to our website latestly.com).