Amrita Rao Birthday Special: 5 Facts About The Actress That Will Leave You Stumped

On Amrita Rao's birthday today, let's check out five interesting facts about the actress that you may not be aware of. 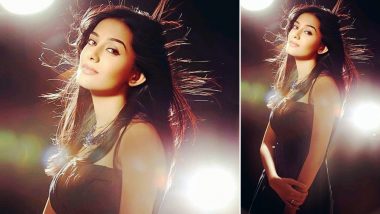 Amrita Rao embodies the next door girl or next-door image in every sense of the word. She is petite, sweet, cute, beautiful and has an affable nature. She did play a brat in her debut film Ab Ke Baras but she seems more like a person who is close to her character in Ishq Vishq. Her character makes us hate Shahid Kapoor in his debut film which says a lot. It's difficult to not like her amiable presence in every film. And guess what? She loves being the girl next door. COVID-19 Lockdown: Amrita Rao and Hubby RJ Anmol Name a Fan’s Newborn Baby Girl During Their First Live Chat (Watch Video)

Rao said in an interview with Jagran, "I have always been the girl-next-door, and I don't intend to change that image. I feel it’s the best compliment I have received. It is a space everyone relates to, from a college girl to a professional or homemaker. Bollywood is full of glam dolls, but how relatable are they? I never want to play a character, where most girls look up and say, 'I can never be like this.’ And she stuck to it. But there are certain things about this coy actress that you may not be aware of. Here're five interesting facts about her...

There were rumours that Amrita rejected a YRF film with Ranbir Kapoor because she was against a kissing scene. But the actress later clarified, "I opted out because I had reservations about certain things. Kissing was never an issue. I really don"t understand how this issue [kiss] cropped up in the first place when the fact is that the issue was something else altogether."

It is said that Amrita was Hussain's first muse after being fascinated by Madhuri Dixit for years. He was so in love with Amrita in Vivaah that he decided to do a series of painting on her from the film.

Although the actress revealed that she was never approached for Prem Ratan Dhan Payo, rumours were abuzz that she rejected the film as she didn't want to play Salman's sister. Also, the character had grey shades and as we said before, she didn't want to have that associated with any of her characters, apparently.

All of a sudden, RJ Anmol shared a picture of himself with Amrita revealing that they got married. He wrote, "An interview that started seven years back, continues...Only to get stronger today! Just married! Amrita and I need your good wishes." That surely stunned many.

(The above story first appeared on LatestLY on Jun 07, 2020 08:20 AM IST. For more news and updates on politics, world, sports, entertainment and lifestyle, log on to our website latestly.com).