Anushka Sharma Loses Her Cool After a Photographer Invades Her Privacy, Posts an Angry Message on Social Media

Anushka shared the photo on her stories where she can be seen sitting in her balcony with Virat. While Virat seems busy with some work, Anushka is smiling as she sits next to him in a white dress. 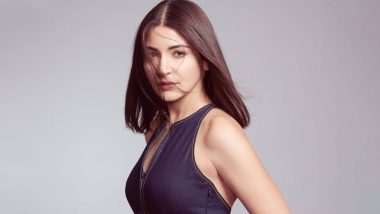 More than ever, Anushka Sharma has become the centre of attention after the announcement of her pregnancy. Her every move is being followed by the media and her fans and it looks like she has had enough of this limelight. Anushka lost her cool when she saw a picture of her and Virat Kohli floating on the internet and slammed the publication for this reckless behaviour. She took to Instagram to post a furious message asking them to stop invading her privacy. Anushka Sharma Or Kareena Kapoor Khan – Who NAILED The Airport Look Like A Bawse?

Anushka shared the photo on her stories where she can be seen sitting in her balcony with Virat. While Virat seems busy with some work, Anushka is smiling as she sits next to him in a white dress. The picture was brought to her notice and she shared it saying that despite her requesting the photographer and the publication not to publish and attack her personal space, they went on to do it. Clearly, the actress is done with all the intrusion. 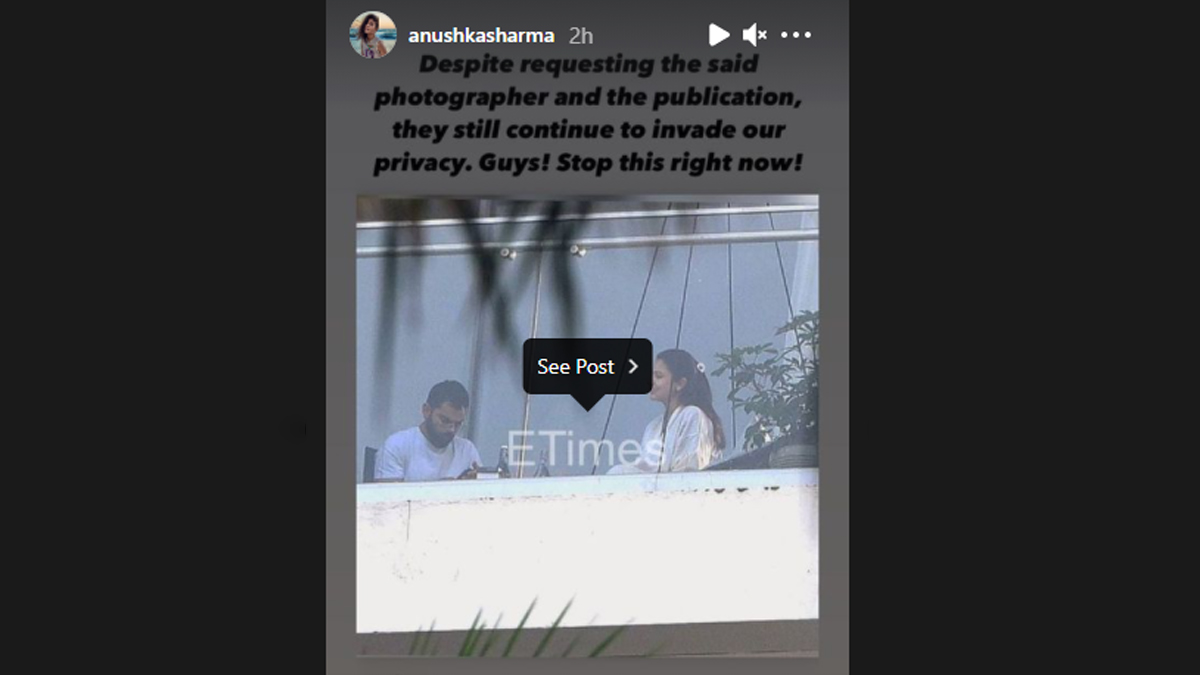 Anushka and Kohli will be welcoming their baby this month and are spending the last few days of the pregnancy with each other. Virat returned to India after India vs Australia test series to be by wifey's side. The duo rang in the New Year together with Hardik Pandya and wife Natasa Stankovic and a few other friends. Anushka Sharma Shares Cute Pics with Her Doggo While Practising Oil Pulling! Know More About Kavala or Gundusha, Types of Beneficial Oils and Benefits of the Ancient Ayurvedic Practice.

Post the pregnancy, Anushka plans to follow in Kareena Kapoor Khan's footsteps and get back to work soon after her delivery. The actress plans on signing new projects within four months of giving birth and is looking forward to successfully juggling between her personal and professional lives. The actress was spotted shooting for something with cricketer Jhulan Goswami at Kolkata’s Eden Gardens before the pregnancy where many speculated that she will be a part of a biopic based on the cricketer's life.

(The above story first appeared on LatestLY on Jan 06, 2021 10:02 PM IST. For more news and updates on politics, world, sports, entertainment and lifestyle, log on to our website latestly.com).