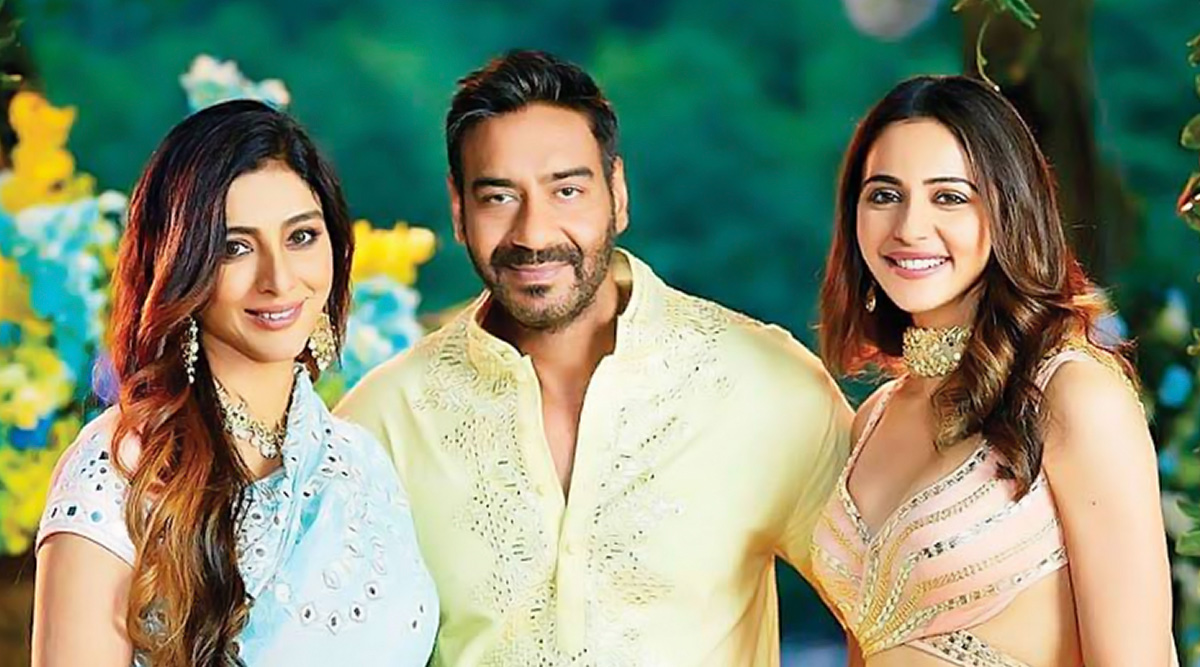 Actor Ajay Devgn starrer romantic-comedy 'De De Pyaar De' completed one year of its release on Sunday. The lead man of the movie, Devgn, got nostalgic and shared a video to mark the one-year anniversary of the flick. Taking to Instagram, the 51-year-old star shared a teaser video of the 2019 rom-com. The video comprises snippets of the movie, which also stars actors Tabu and Rakul Preet Singh in pivotal roles. Tagging his co-stars, and putting a hashtag of '1 year of De De Pyaar De', the 'Singham' actor wrote in captions: "One year to the film that showcased uncustomary relationships in an acceptable way & showed us that family always come first. Ayushmann Khurrana, Abhishek Bachchan, Kajol, Ajay Devgn and More Reveal Their Fave Films From the ’90s.

"The flick had a lacklustre start at the box office with an Rs.10.41 crore opening, but picked up pace later and crossed Rs.75 crore mark in just 10 days of its run. 'De De Pyaar De' is produced by Luv Ranjan, who is best known for directing films like 'Pyaar Ka Punchnama', 'Pyaar Ka Punchnama 2' and 'Sonu Ke Titu Ki Sweety'.Directed by Akiv Ali, the film also stars Alok Nath, Javed Jaaferi, and Jimmy Shergill in key roles. The movie follows the story of 50-year-old Ashish (played by Ajay), a divorcee who falls for 26-year-old Ayesha (played by Rakul). In the film, Tabu plays Ajay's ex-wife. MP Cop Pulls off Ajay Devgn Stunt in Singham Style But Faces Inquiry at Work (Watch Video)

One year to the film that showcased uncustomary relationships in an acceptable way & showed us that family always come first. #1YearOfDeDePyaarDe @tabutiful @rakulpreet

The story sheds light on the backlash Ajay faces for falling in love with a girl the age of his kids, and the complexities that come with it. The poster of the film, which was unveiled on March 22, caught the attention of viewers because of Ajay's iconic leg split.