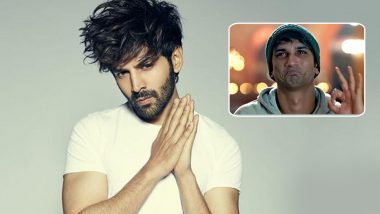 Directed by Mukesh Chhabra, "Dil Bechara" is an official remake of 2014 Hollywood romantic drama "The Fault in our Stars", based on John Green's popular novel of the same name, which was published in 2012. In the film, Sushant plays Manny who suffers from osteosarcoma, while actress Sanjana Sanghi plays the role of Kizie Basu, who is battling thyroid cancer.

(The above story first appeared on LatestLY on Aug 01, 2020 04:23 PM IST. For more news and updates on politics, world, sports, entertainment and lifestyle, log on to our website latestly.com).