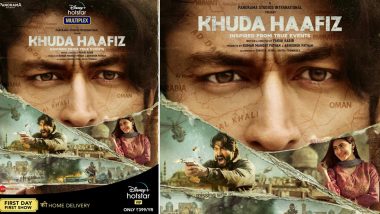 It was a surprise announcement by Disney+Hotstar digital platform. The streaming platform announced a string of films that it will premiere. Due to lockdown, many movies had to ditch the theatrical releases. Hence, they are all now to be made available on OTT. One of them is Vidyut Jammwal starrer Khuda Haafiz. The romantic thriller's poster was revealed at a live session held by actors like Varun Dhawan, Akshay Kumar, Ajay Devgn, Abhishek Bachchan and Alia Bhatt. Vidyut Jammwal vs Disney+ Hotstar: Fans Come Out in Support of Khuda Haafiz Star After Latter Calls Out the OTT Platform For Ignoring His Film (View Tweets).

In this poster, we can see an intense avatar donned by Vidyut. His piercing eyes and rugged avatar promise a lot of drama and action. This Faruk Kabir directorial also stars Shivaleeka Oberoi. She looks pretty in pink in this poster. Check it out below. 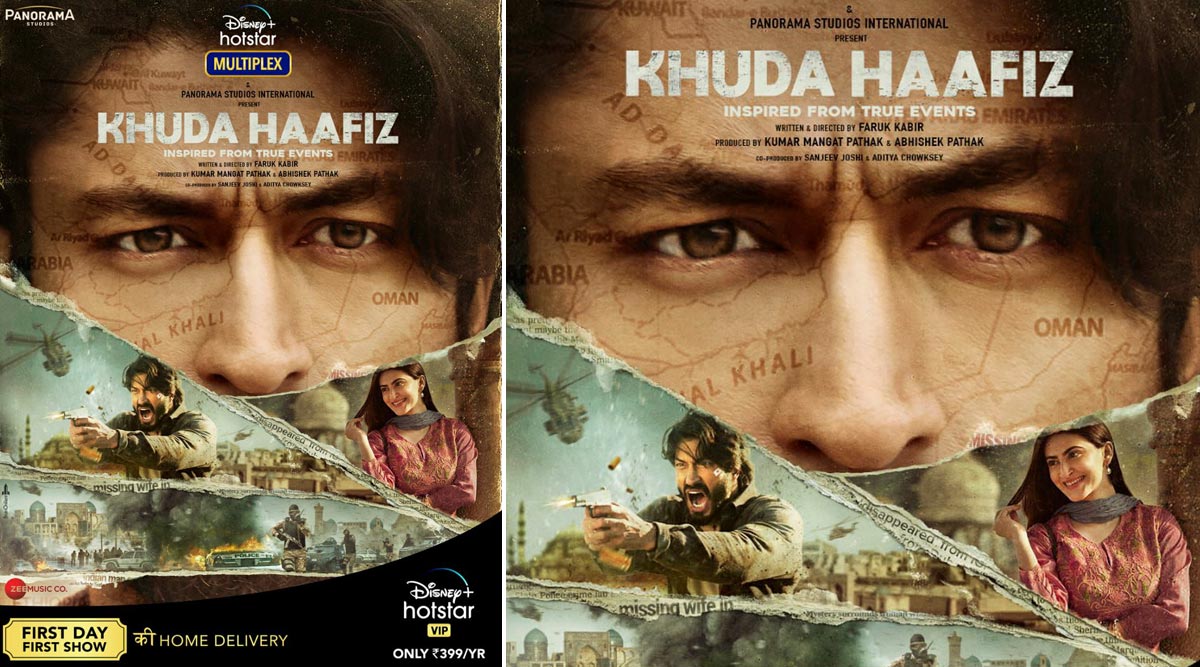 On a related note, the Commando actor also called out Bollywood's biased attitude and Disney+Hotstar in his recent tweet. He pointed out how he was neither invited for this live session nor represented on a poster released by them. In his tweet, he wrote, "A BIG announcement for sure!! 7 films scheduled for release but only 5 are deemed worthy of representation. 2 films, receive no invitation or intimation. It’s a long road ahead. THE CYCLE CONTINUES." Speaking of the film, the release date is yet to be announced so stay tuned with us for more updates.

(The above story first appeared on LatestLY on Jun 29, 2020 07:18 PM IST. For more news and updates on politics, world, sports, entertainment and lifestyle, log on to our website latestly.com).