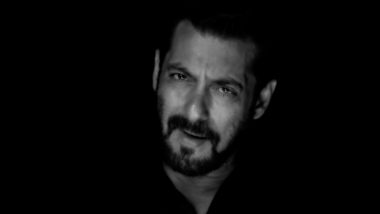 Independence Day 2020 is here and netizens, as well as celebrities, are sharing their celebratory greetings for August 15 celebration. It's the 74th year of Independence for India and heartfelt messages are being shared by celebrities as well as netizens. Salman Khan's fans have been sending their wishes on the occasion of Independence Day 2020 with a clip from his lockdown song "Pyaar Karona" which consists of the actor singing "Saare Jahan Se Achcha Hindustan Hamara." The clip was first shared by Salman's brother-in-law Atul Agnihotri on Twitter and ever since fans of Salman have been sharing it too. Independence Day 2020 Greetings: Allu Arjun, Mahesh Babu, Ram Charan and Other South Celebs Share Heartfelt Wishes on 15th August.

Salman Khan had released his music video of "Pyaar Karona" relating to the pandemic of coronavirus and through this song, gave out a message of brotherhood and standing up for each other amid this difficult time. The actor also has sung the famous lines "Saare Jahan Se Achcha Hindustan Hamara" in this song and ended the video by posing with folded hands and the Indian flag in the background. This song clip is now being circulated among the actor's fans. Here's a look at some of these tweets. Happy Independence Day 2020 Greetings: WhatsApp Stickers, GIF Image Messages, SMSes, Patriotic Quotes And Thoughts on India's Freedom to Share on 15th August.

Salman Khan is yet to take to Twitter to send his wishes for Independence Day 2020 to his fans. Bollywood celebrities such as Amitabh Bachchan, Vicky Kaushal among others shared their greetings for August 15 on social media. Stay tuned for more celebrity posts on this special occasion.