Actress Alia Bhatt hosted a get-together on Christmas Eve and it was attended by her beau Ranbir Kapoor and his mother Neetu Kapoor. 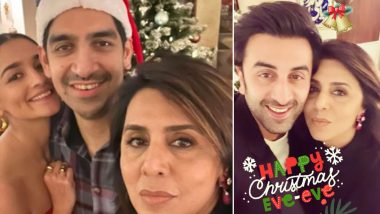 Actress Alia Bhatt hosted a get-together on Christmas Eve and it was attended by her beau Ranbir Kapoor and his mother Neetu Kapoor. The dinner was also attended by filmmaker Ayan Mukherjee, who has directed the couple in the upcoming film Brahmastra. Kareena Kapoor, Saif Ali Khan and Kids Step Out for Family Christmas Lunch After the Actress Recovers From COVID-19 (Watch Video).

Alia's sister Shaheen Bhatt, as well as Neetu, shared glimpses of the party on their respective Instagram profiles. Sharing a picture with Alia and Ayan Mukerji, Neetu Kapoor wrote: "My beautiful people." Neetu also shared a selfie with Ranbir and captioned it: "Merry Christmas to all." Christmas 2021: Ira Khan Gets Romantic With Nupur Shikhare While Posing for a Picture During the Celebration! 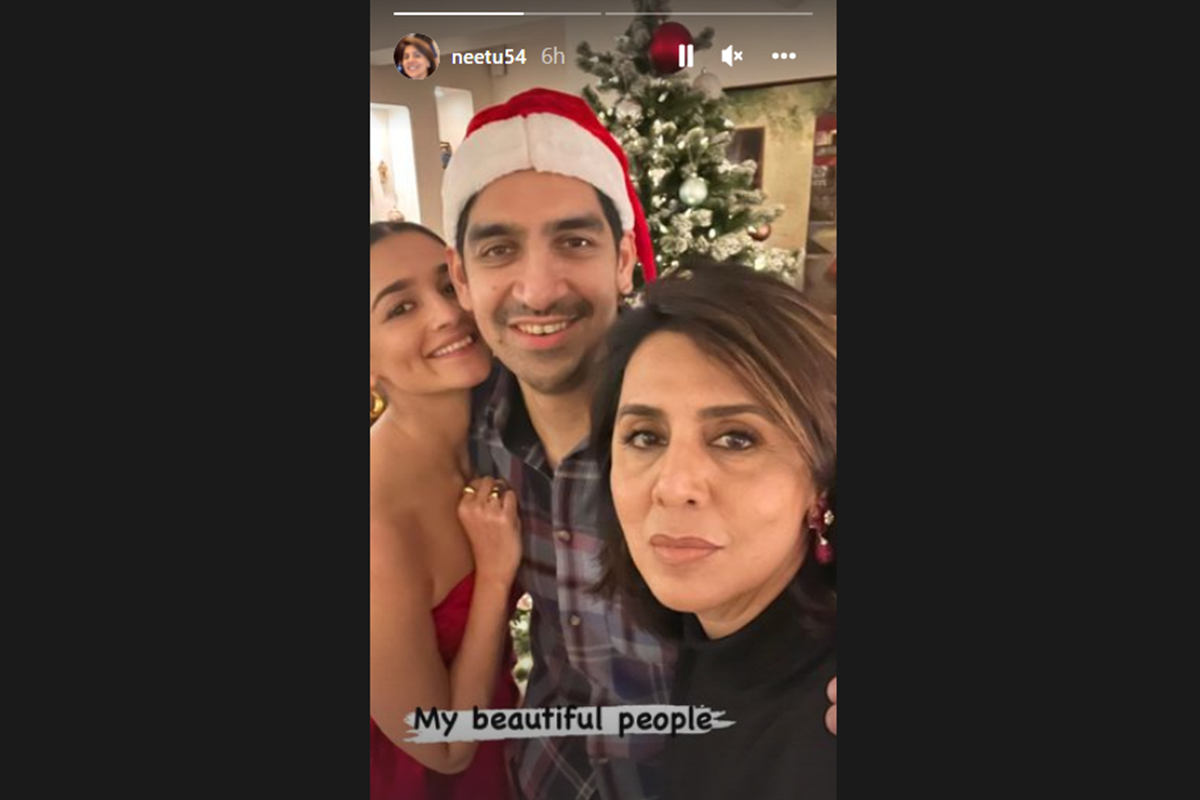 Speaking about their upcoming film, Alia and Ranbir will be next seen in Brahmastra. The film is a fantasy trilogy produced by Karan Johar's Dharma Productions. The film will be released on September 9 next year.

(The above story first appeared on LatestLY on Dec 25, 2021 05:39 PM IST. For more news and updates on politics, world, sports, entertainment and lifestyle, log on to our website latestly.com).