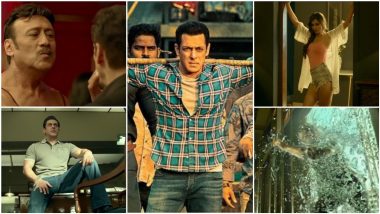 Radhe: Your Most Wanted Bhai, Salman Khan's 2021 Eid release, is an official remake of the 2017 Korean film The Outlaws. When I say remake, what I mean to say here is that the Korean original just give Radhe a flimsy excuse for the 50-plus Salman Khan to preen more, flex his abs more (are they entirely real?) and romance a girl who could be his daughter's age, if he had married at the right age! Radhe Movie Review: Salman Khan and Disha Patani’s Tone-Deaf Remake of The Outlaws Is Terribly Dated!

The original was a taut thriller about a Korean cop and his trying to take down a gang of three vicious Chinese gangsters who have been creating havoc in his town. Funny part is that Salman Khan was quite apt for the role that Don Lee (who will be seen in the upcoming Marvel movie Eternals) played in the film. All he and director Prabhu Deva need to know is how to recreate the film faithfully, and this could have been the best Salman film in years (not that the benchmark is high here anyway). Sadly, Radhe was tailored to match Salman Khan's whims, and what we get is a terrible remake filled with bad acting, terrible editing, bad VFX, invisible writing, and inept execution. Radhe: Your Most Wanted Bhai has become Radhe: Your Least Wanted Barbaadi!

In a film that is stupid, silly and inane, we look at 15 moments or character decisions that made us say 'WTF was that?'! Of course, plenty of SPOILERS ahead! So if you have not seen the film, let's not have this article do that for you. Radhe: Your Most Wanted Bhai has enough to get that task done!

Radhe's entry scene has him run so fast in a villain's hideout on top of a multi-storeyed building, slashing a fan's face with a shard of glass while managing to stay unseen. How he managed to get on that top floor without any crane or plane, and what happened to this lightning speed later in the film never get answered. Just Bhai things, I guess! Watch Radhe Online: Here’s How You Can Watch Salman Khan-Disha Patani’s Film on ZEEPlex From the Comfort of Your Home! 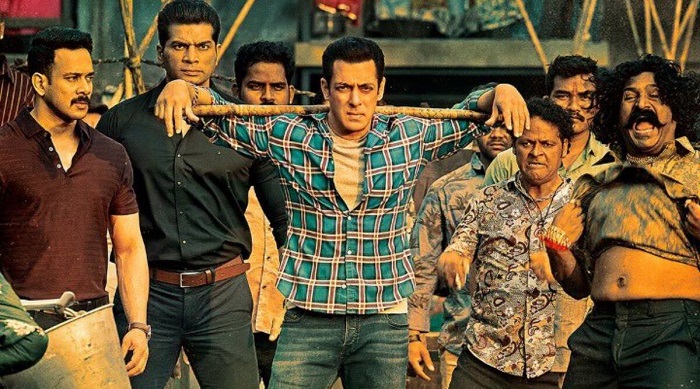 This was something that bothered me from the trailer itself. The whole department seems to be fawning over the fact that Radhe revels in carrying out extra-judicial killings. What makes this aspect WTF is that, in the original, the hero never kills a single baddie, not even the main antagonist. He lets the law run its course. But we Indians never trust our justice system ever, right? Looks like not even the police! 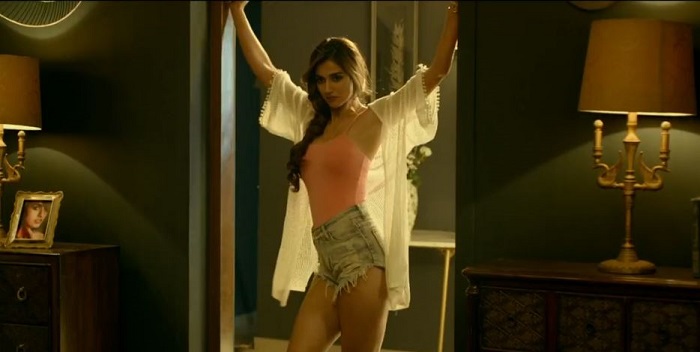 The Outlaws didn't have a female lead, a big flaw with the movie. It is mentioned that the lead character has a Chinese girlfriend, but she is never shown. To compensate that, Radhe inserts a female lead in Disha Patani's character. Not bad, but the only issue is that she is as useful in the film as a door-knob, pretty one at that. It is awkward to see her romance a man who is twice her age, and her track brings absolutely nothing to the plot. As for her performance, like a friend of mine puts it, it is an achievement in itself, that in a Salman Khan film, she turns out to be the worst performer.

PS: Why does she call Radhe 'chota babu' or something? The man looks nothing of that sort! 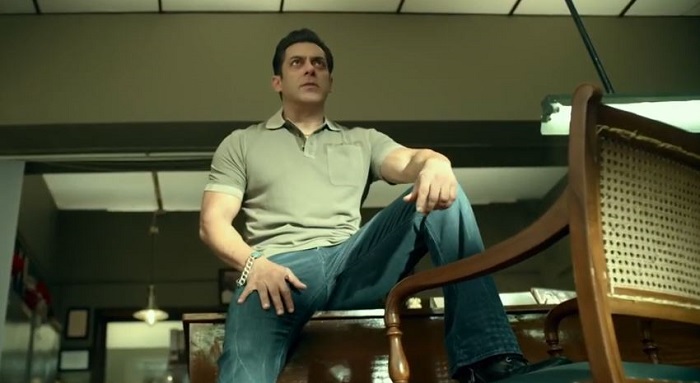 Okay, let's figure this out. Radhe is specifically brought out of suspension to take charge of an anti-drug force. He knew that the drugs are harming the college students, or at least I expect him to have done his homework. Pray why does he get so angry on his team, after a young boy informs him about drugs in his college, the exact same issue he has been sent here for? He himself was fooling around with a girl half his age, and then berates his juniors for not doing anything.

Jackie Shroff in a One-Piece 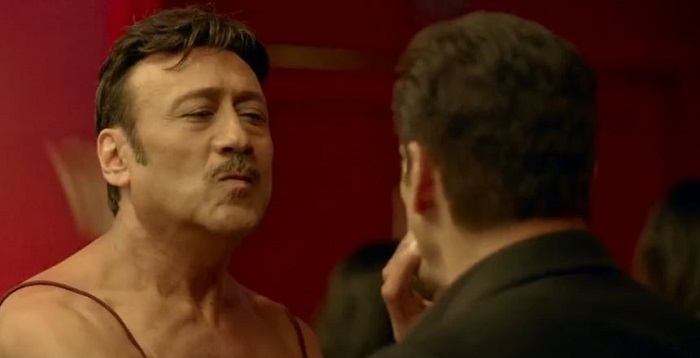 Pretty sure Jackie Shroff must have got paid an astronomical price to take on the role of Salman Khan's superior in the film (also the big brother of Disha's character). Otherwise how can we explain the cringe scene of him dancing him in a one-piece, as Radhe hallucinates for a moment? 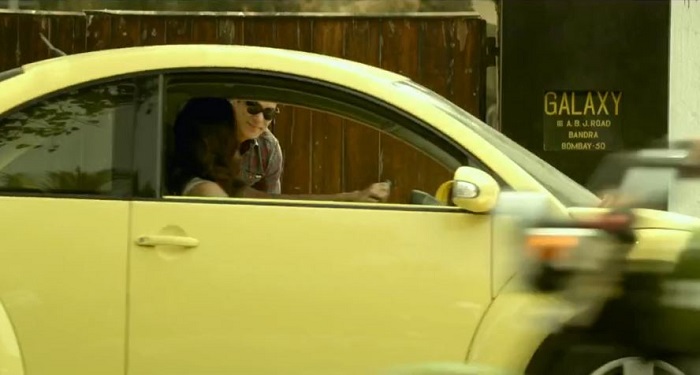 Radhe is an out and out Salman Khan movie, we know that. In case you still forget it, the movie keeps on throwing real-life callbacks and promote the star whenever it can. There is a scene where Disha's character drops Radhe near a building, that happened to be Salman's real-life abode. Another scene has him ride a Being Human cycle. Later, Bigg Boss, the reality show that Salman hosts gets name-dropped. Finally how can we forget the intro scene where he looks at the camera and randomly wishes Eid mubararak?

'It's a Brutal Murder' 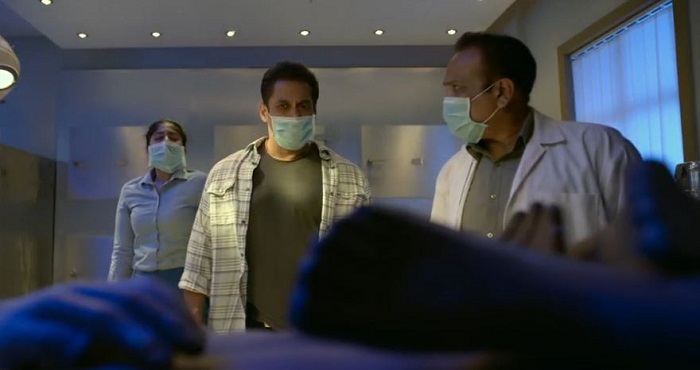 Rana (Randeep Hooda) chops up a gangster, whose parts were later discovered by Radhe's team. And then we are witness to the most observant post-mortem observation, as the doctor says, "this is a brutal murder!" Sir, is there any other deduction we can make if we find a body chopped like salad pieces?

The climax of the original has the hero and the villain go one on one in a brutal fist-fight. While Radhe goes for a more bombastic action sequence in the climax (more on this later), the remake does include a bathroom fight scene between Salman and Randeep Hooda's character the first time they meet. While it was all cool when they exchange blows, the scene tuens ridiculous when Megha Akash, who plays one of Radhe's subordinates Nikisha, enters the scene. Despite being a cop, she not only needed rescuing but also was stupid enough to trust a gangster who pretends he won't hurt her. Spoiler Alert: he puts a cut on her neck.

All she had to do was stay out of their fight, as the washroom had enough space, and let the men tackle themselves, if she couldn't beat the man herself. Instead she ruins her boss' plan by just being there! 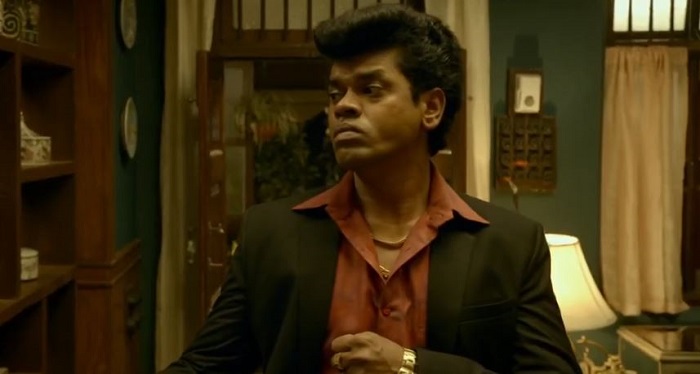 Marathi actor Siddharth Jadhav is a fine performer. I was surprised to see him cast as a brothel-owner in the movie, and thought this would be a nice example of him being cast against type. Sadly, the actor was made to crack jokes in a role where he should been made more fearsome, thus turning out to be a wasted opportunity. Tamil star Bharath Reddy gets even worse treatment getting no scope to make an impact as one of Radhe's subordinates.

Okay, we know Drugs is bad. It's good that Salman Khan takes some time out in the movie to show how harmful it is to the youngsters. My problem is how it is done. When the department head tells Radhe to hand over Rana's henchman to another officer, Jackie Shroff's Avinash abides to the decision like any subordinate officer should do. However, a pissed-off Radhe takes him to a rehab centre to show him how drugs is a menace. Buddy, Avinash is heading your task-force, pretty sure, he is aware enough of what drugs do to society. Also it's not that this scene makes any kind of change to his character!

The Prelude to "Seeti Maar" 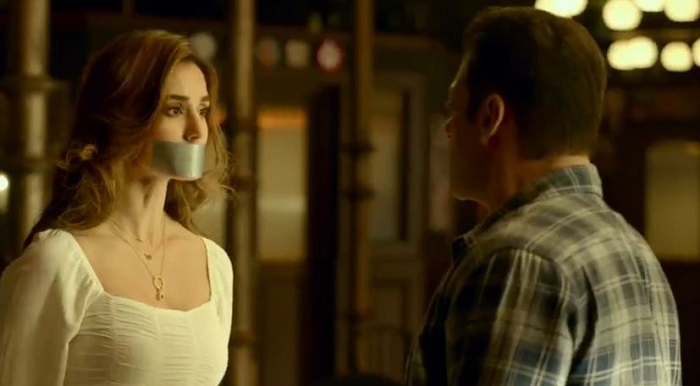 So a bunch of baddies randomly kidnaps Disha's character and takes her to a meeting with Randeep's Rana. Of course, Radhe reaches there, kills most of the goons and saves her sorry ass. But instead of being at least be shocked by all the violence and what happened to her, she begins to berate Radhe for lying to her and then coming to save her! This leads to that infamous duct tape kiss scene and the "Seeti Maar" song. 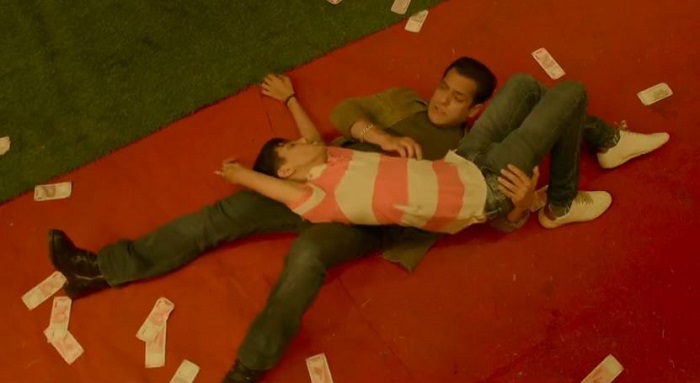 Near the climax, Rana throws a teenager who has been helping Radhe from the top of the building. At the same time, Radhe who lands reaches there, and the boy lands on him. Technically, this should have been the end of the film, as that fall surely means both should have died. But the boy only gets some minor injuries and Bhai walks away with no bones broken. 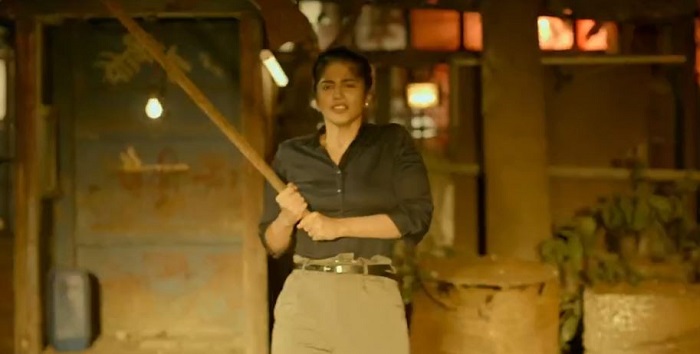 Radhe really doesn't know what it needs to do with its two actresses. If it treated Disha like some bimbo, then Megha Akash's character is shown more as a dolt in need of perennial rescuing. Around the climax when Radhe's team chases after some of Rana's goons, Nikisha goes after his main henchman, played by Gautam Gulati. Although he escapes getting on a rickshaw, she somehow manages to track him to Rana's hideout without even bothering to inform Radhe of where she is headed and having no vehicle to follow the other guy.

What's more, when Rana and his man try to drive away from the hideout, she comes out in front of them with nothing but a rod. Seriously girl, what do you expect to do with that stick? It was lucky that Radhe drove in at the right time, otherwise Rana would have crushed her with his car. 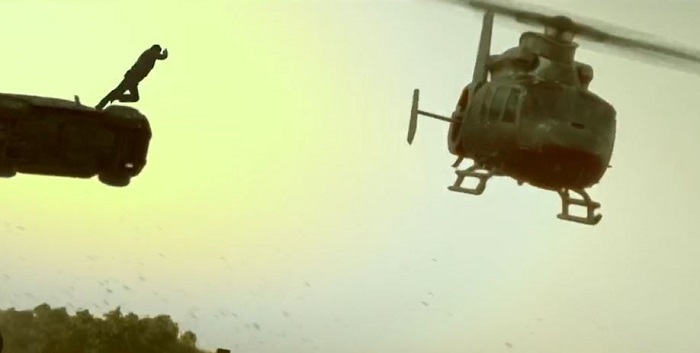 Have to say the climax of Radhe is the most paisa-vasool sequence when it comes to so-bad-it's-good entertainment, From Radhe driving a truck to take down a whole mob of bikers, to him jumping straight into a flying helicopter from that very truck, the whole sequence is a lesson in absurdity.

I know... I know that Fast and Furious franchise makes a killing out of these scenes. But even though those films destroy every law of physics we know, at least they make it look cool and believable. What we get to see in Radhe is some very shoddy VFX and terrible action scenes. 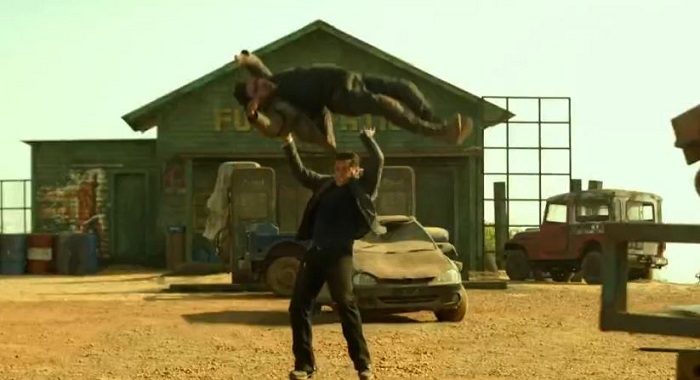 Poor Randeep! His Rana could have been a great opportunity for the actor turn in a scenery-chewing antagonistic performance. Instead, not only does he gets so little scope thanks Radhe giving more space to a shoe-horned romantic track, but also he gets a very funny demise. Where Radhe picks him up like he bears no weight, breaks his spine and throws him up in the air as if he is some ragdoll!

(The above story first appeared on LatestLY on May 13, 2021 09:17 PM IST. For more news and updates on politics, world, sports, entertainment and lifestyle, log on to our website latestly.com).