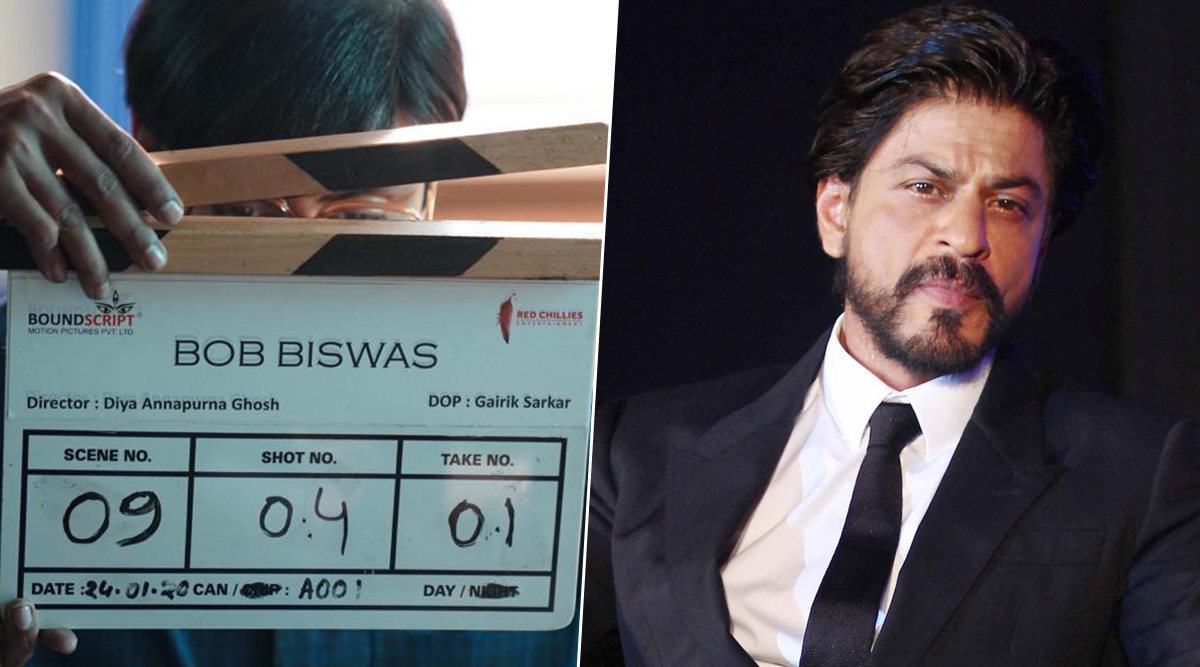 Shah Rukh Khan may not be announcing his new release as an actor but as a producer, he's busy producing content that he thinks are worthy enough. After producing  Taapsee Pannu's Badla last year, he's back in the producer's chair with Abhishek Bachchan's Bob Biswas. Yup, the name sounds familiar as we have met the character in Vidya Balan's Kahaani in 2012. Remember that nerdy insurance agent who's, in fact, a contract killer? That very character is getting his own spin-off movie and Jr Bachchan is set to step into his shoes this time. Abhishek Bachchan's Breathe 2, Mirzapur 2, Saif Ali Khan's Dilli Teasers Out, Amazon Prime Video India Announces 14 Originals.

Abhishek took to his Twitter account to share his picture from the first day of the shoot. The actor is currently in Kolkata with the film's crew working on the film's first schedule. While Shah Rukh couldn't join the team in the city of joy, he ensured that he sent his love on social media. The actor replied to AB jr's Twitter post by saying, "Missing being with u all. You in my city...will come and meet you soon. How do the kids say it...Major FOMO happening? Right?! Have a great shoot & enjoy the process." The actor's association with Kolkata goes back a long way and he loves the city as much as the city loves him. Rani Mukherji Reveals Why Abhishek Bachchan Is Not a Part of 'Bunty Aur Babli 2'.

Missing being with u all. You in my city...will come and meet you soon. How do the kids say it...Major FOMO happening? Right?! Have a great shoot & enjoy the process. https://t.co/H4PplKtWWm

Bob Biswas, a ruthless assassin was played by Saswata Chatterjee in the original movie. However, Abhishek will replace the actor in this spin-off and his first look from the same is quite intriguing. The movie will be helmed by Sujoy Ghosh's daughter Diya Annapurna Ghosh, who assisted him in Badla last year. Let's keep cheering for this brilliant team as they are on their way to making something remarkable.