Super 30 Celeb Review: Farah Khan, Yami Gautam and Others are All Praises for Hrithik Roshan's Performance and the Film's Inspiring Story 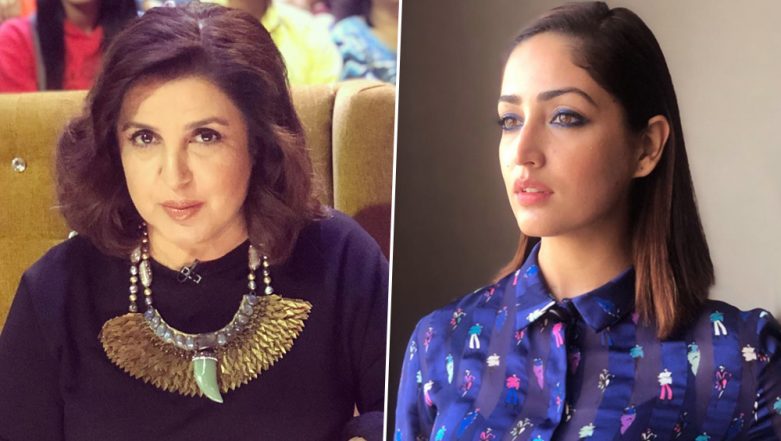 Hrithik Roshan's Super 30 is all set to release on Friday (July 12). The film already had its press screening as well as a special screening for industry folks recently and the first reviews are now out. It has been a while since fans have seen Hrithik Roshan Roshan on-screen and hence the excitement for the film. In the film, Hrithik is essaying the role of the Maths teacher Anand Kumar who trains a class of underprivileged kids to crack the IIT entrance exams. Hrithik's character is based on Anand Kumar of Bihar who hit the headlines for his miraculous teaching style. Super 30 Movie Review: Hrithik Roshan Is Sincere but Unconvincing in This Formulaic Take On Maths Genius Anand Kumar’s Life.

The film's trailer had left his fans impressed and Hrithik certainly earned a lot of attention for his attempt of getting the Bihari accent right. The Bang Bang actor even had his look changed for the film and while there were a few who were not convinced with him bagging this role, looking at the celeb reviews, it seems Hrithik has nailed his act. The film had been surrounded by several controversies and is finally releasing in theatres. It will certainly be interesting to see how the film fares at the box office. In the meantime, here's looking at the praises celebrities have garnered on the Hrithik film.  Vikas Bahl Attends Super 30 Screening with Hrithik Roshan Post Getting a Clean Chit in Sexual Harassment Allegation.

Last night i saw what I feel is the Movie of the Year”! #Super30 .. laughed, cried,clapped n got goosebumps. @iHrithik ur always good but this performance is on another level.. No vanity All soul this one!! Any n every award is too less for You👏🏻👏🏻👏🏻

Watched #super30 last night , @iHrithik u are a shining star! What a performance ! Real, endearing, gut wrenching! Every character , especially the kids n #pankajTripathiJi uffffff outstanding! This movie is gonna make u wake up n go after ur dreams ! @CastingChhabra 👏🏻👏🏻

#Super30 is Brilliant! What a film. Overwhelmed! Brace yourselves for success & more importantly, respectability for life. Well done! This will be one of your finest hours. @iHrithik #vikasbahl #sajidnadiadwala @madmantena

‘Super 30’ leaves you extremely overwhelmed with emotions and speechless with words ! @iHrithik you have always believed in taking up challenges and giving your heart n soul to it ! You are simply beyond OUTSTANDING as ‘Anand Kumar’ ! This inspiring story is a MUST WATCH 👏🏻❤️🙏🏻

The film has opened to mixed reviews from the critics. One of the biggest talking points about this film has also been its director, Vikas Bahl who has been credited for the film after he got a clean chit in the sexual harassment case lodged against him. The film will be releasing in theatres this Friday and we can't wait to see the audience reactions to it.