Tisca Chopra Slams Those Calling Her Out For Taking Credit For Chutney's Story From Director Jyoti Kapur Das, Says 'I Have Had Enough'

Tisca Chopra celebrated her short film Chutney becoming the most watched one with 130 mn views. But she didn't tag the director Jyoti Kumar Das in her tweet and that opened a can of worms with many accusing her of stealing the writer's credit from Das. The actress clarified and it should be enough to silence everyone. 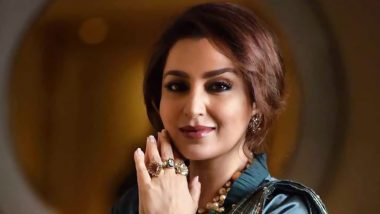 Tisca Chopra recently posted that her short film Chutney has become the most-watched short of all time. She thanked the Large Short Films for letting her turn into a writer, producer for the short. She also thanked her co-actors Adil Hussain and Rasika Duggal. The short got 130 million views. All that is great and many congratulated her for the feat. But strangely she didn't tag the director of the film in her celebratory tweet. Now we don't know if it was an oversight or an intentional move, but someone did point it out and that led to the revelation that Chopra has blocked the director of the movie Jyoti Kapur Das. In fact, it went towards the worse side as people started blaming the actress for stealing the writer's credit from Das. Tisca has given a perfect reply to end this debate.Tisca Chopra Feels She is Having a ‘Govinda Day’ After Flaunting Her Wet Hair (View Pic)

The Time Out film director Rikhil Bahadur pointed out the fact that Tisca has not tagged the director. When Jyoti replied to him, she wanted to see the original tweet as she has been blocked. One led to another and people started slamming Tisca for it.

#Chutney becomes the most watched short of all time with 130 Million views. Thankyou @LargeShortFilms for giving me a chance to turn writer, producer & @_AdilHussain, @RasikaDugal & the cast & crew for their fabulous talents. Watch here if U haven’t yet :https://t.co/Ov65EG2BFo pic.twitter.com/bGt3XdHuaH

Here's how Jyoti realised she has been blocked:

Someone pointed out to Jyoti that Tisca is also taking the writer and producer's credits in the tweet. To this Jyoti says,

She had been performing the original Bhisham Sahniji story as a monologue, but I wrote the script of Chutney, adding elements, because I'm a trained writer-director-editor. Am very grateful for the opportunity to make the film (sold to LSF basis a ppt I made overnight!). 🙏🏻

We went back to the short film to check the credits carefully this time and found out that Tisca has been credited both as a producer and one of the writers along with Das and Avneesh Mishra. 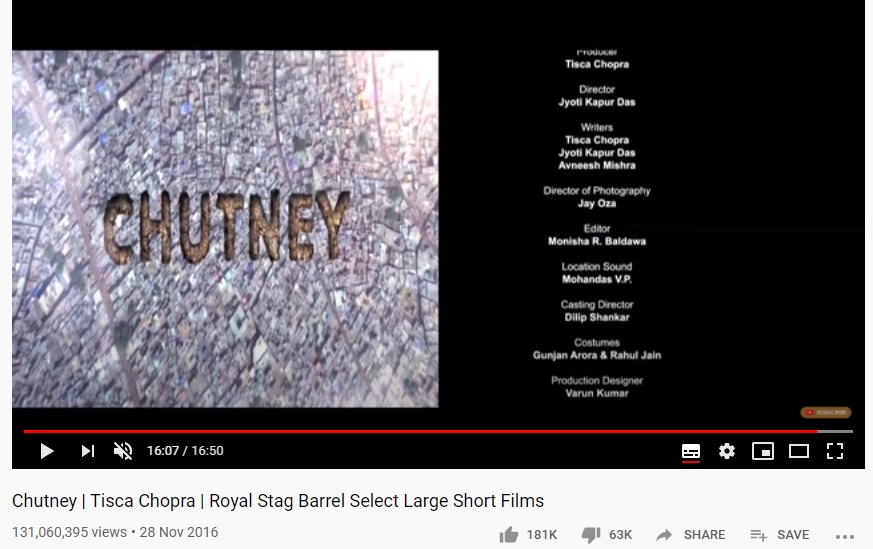 Tisca too cleared the air about credit and how she met Das.

Also registered with #ScreenWritersAssociation in 2015 under my name as #Chutney. Met #JyotiKapur in 2016 & narrated the story to her at my home, she worked on the screenplay with me & #AwneeshMishra. All duly credited. B’coz u know one side, u believe it. But I have had enough https://t.co/gwCbeh99cq

But she didn't really mention why Das was not tagged in the tweet because she is after all the director of the film.

(The above story first appeared on LatestLY on Sep 19, 2020 01:31 PM IST. For more news and updates on politics, world, sports, entertainment and lifestyle, log on to our website latestly.com).