Vikramditya Motwane is one of the most visionary directors we have in Bollywood. The filmmakers has only directed four movies in his career, much less than what his fans would like. Vikramaditya is celebrating his 43rd birthday today. So, we are obviously going to talk about his directorial ventures. 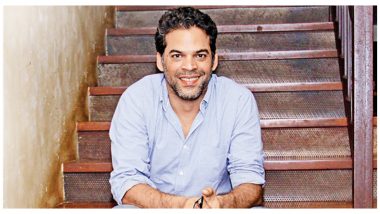 Vikramditya Motwane is one of the most visionary directors we have in Bollywood. The filmmakers has only directed four movies in his career, much less than what his fans would like. Producing movies is what keeps the man busier. Vikramaditya is celebrating his 43rd birthday today. So, we are obviously going to talk about his directorial ventures. All of his four movies are some of the most well-crafted films in Indian cinema. For this list, we are going to skip Netflix original series, Sacred Games, which Motwane directed with Anurag Kashyap. Here are all the four movies by Vikramditya Motwane ranked from our most-favourite to least-favourite.

This movie launched Vikramditya Motwane into cult stardom. The movie did not gain traction right away after its release. But with time, with word of mouth, the movie gained more fans. It took time, but it became a cult classic. A thought-provoking film made with finesse and sensitivity.

Ranveer Singh and Sonakshi Sinha have given one of the best performances of their career in this movie. The movie is base on the short story titled, 'The Last Leaf'. Vikramaditya takes you back to the 50s. One of the rare films of current times that capture the bygone era so perfectly. Not to forget, every frame of Lootera is so beautiful that it can be your phone wallpaper.

India has not made many superhero movies. The ones that have been made are not very good. But this superhero movie can even contest Hollywood superhero movies. Well, some of them. Harshvardhan Kapoor stars in the movie as the masked vigilante who makes this world a slightly better place to live. The movie is not all about CGI distraction, superhero kickassery, but also focuses on the humane part of the story. Our in-house film critic, Sreeju Sudhakaran, wrote in his review, "Bhavesh Joshi Superhero has the makings of an awesome movie. When that the movie works as a social commentary of our nation, Bhavesh Joshi Superhero shines the best. These portions, especially in the first half, are a taut observation of our society and capture the brilliance of the writing."

Even the movie ranked last by us is one of the best movies ever made in India. The movie set inside one house, starring Rajkummar Rao, is a deep dive into the psyche of human mind. The movie will keep you at the edge of your seat, while being a soulful watch.

Which one of these four movies by Vikramditya Motwane is your favourite? We would love to hear from you. Tell us in the comments below or tweet to us @latestly. For now, we are wishing that Motwane returns to direct soon enough. A very happy birthday.

(The above story first appeared on LatestLY on Dec 06, 2019 07:58 PM IST. For more news and updates on politics, world, sports, entertainment and lifestyle, log on to our website latestly.com).