In an interview with Esquire magazine, Caine, 85, who played DiCaprio's mentor and father-in-law, Professor Stephen Miles, said Nolan had explained the film to him. 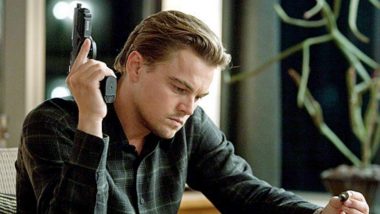 Los Angeles, Aug 16: Veteran actor Michael Caine has offered his take on the ending of Christopher Nolan's mind-bending feature "Inception". The 2010 film, considered a pioneer in the sci-fi genre, featured Leonardo DiCaprio as Dominic Cobb, a professional thief who steals information by infiltrating the subconscious or dreams of a person. The film's end scene where Cobb is eventually reunited with his children is often debated by the fans who wonder whether he was still in a dream or ultimately returned to reality. 6 Ways How Christopher Nolan Has Influenced Shah Rukh Khan, Aamir Khan, Varun Dhawan That Would Make His Fans Cringe.

In an interview with Esquire magazine, Caine, 85, who played DiCaprio's mentor and father-in-law, Professor Stephen Miles, said Nolan had explained the film to him.

"When I got the script of Inception, I was a bit puzzled by it, and I said to (Chris), 'I don't understand where the dream is'. I said, 'When is it the dream and when is it reality?'" he said. "He said, 'Well, when you're in the scene it's reality.' So, get that – if I'm in it, it's reality. If I'm not in it, it's a dream," he added. Evidently, the veteran actor did feature in the film's finale and by his logic, it means the scene was reality and not dream.