Socialite Paris Hilton wants to live forever because she thinks it would be "boring" if there's nothing after death. "Death scares me because I don't know what happens. I just don't want it to be nothing because that would be so boring. 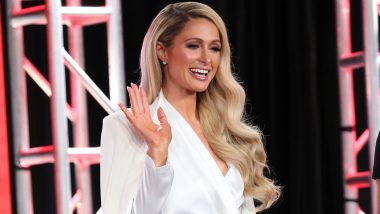 Socialite Paris Hilton wants to live forever because she thinks it would be "boring" if there's nothing after death. "Death scares me because I don't know what happens. I just don't want it to be nothing because that would be so boring. I'm trying to figure out a way - freezing myself or inventing the fountain of youth pill - so people could live forever, like that movie 'Death Becomes Her'," Hilton told Britain's Cosmopolitan magazine, reports femalefirst.co.uk. She feels "lucky" that she has retained her youthful appearance without resorting to cosmetic surgery. Paris Hilton on Her Failed Engagement with Chris Zylka: ‘It Was the Best Decision I’ve Ever Made in My Life’

"I feel 21 forever. And I'm all natural. I feel so lucky that my mum always told me to stay out of the sun. I feel lucky I haven't had to resort to what most people do in this town," Hilton said. Meanwhile, though she has ruled herself out of a reboot of "The Simple Life", Hilton said producers have quizzed her on who she think would be perfect for the show - which saw her and Nicole Richie try their hands at various tasks - if it did come back, but refused to say who she chose. Paris Hilton Birthday Special: 7 Times the Socialite Made Headlines for Her Remarkable Fashion Outings (View Pics)

She said: "My schedule is just so insane. I can't imagine leaving my life and going to the middle of nowhere and doing that again. Plus the show is so timeless and iconic, you can't remake that. They asked me who I would recommend if I didn't want to do it myself. (Who did I say?) I can't tell. I've signed a confidentiality agreement. "I don't know (if it is coming back). I don't think it'll ever be what it was, but it will be fun to watch other people do it."

(The above story first appeared on LatestLY on Mar 16, 2020 12:41 PM IST. For more news and updates on politics, world, sports, entertainment and lifestyle, log on to our website latestly.com).