The Office’s Angela Kinsey Tested Positive for COVID-19, Says ‘Really Tried to Quarantine and Not Get It’

Previously Angela had shared on Twitter that she will be getting a test done for Covid-19 after her husband tested positive for the virus. She also revealed that her husband was feeling very fatigued. 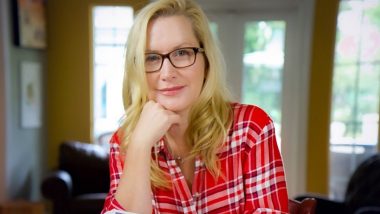 The list of celebrities contracting the novel coronavirus is increasing day by day. After stars like Tom Hanks, Ellen DeGeneres, Pink, The Office star Angela Kinsey too has contracted the virus. The actress took to Instagram to inform her fans that she has tested positive for Covid-19 virus and will be in isolation till she recovers. She talked about how it happened and how she was expecting it to test positive for the virus. Earlier, Angela’s husband Joshua Snyder, two of her three kids, and her mom, all tested COVID positive recently. Jenna Fischer, Angela Kinsey Launching 'Office' Podcast.

Angela posted a story on Tuesday revealing that she has contracted the virus. “I started not feeling well and went to get retested. I knew the odds were against me since I was living with 4 Covid positive people. I really tried to quarantine and not get it,” she wrote in her post. Post the revelation, the actress is making sure she updates her fans with details about how she is feeling. She has posted many posts and stories talking about the hardships that came with being tested positive for the virus.

Previously Angela had shared on Twitter that she will be getting a test done for Covid-19 after her husband tested positive for the virus. She also revealed that her husband was feeling very fatigued and had no other symptoms apart from that. Angela's mom was also admitted to the hospital on Tuesday after testing positive for the virus. She posted a picture on Instagram talking about how she was worried about them and her kids who also tested positive for Covid-19. The Office Cast Pulls a Surprise Appearance on John Krasinski's Web Podcast; Celebrates Fan’s Wedding By Recreating an Iconic Moment From the Show.

Workwise, Angela has collaborated with her The Office co-star Jenna Fischer for a podcast about the popular sitcom. Titled "Office Ladies", the podcast launched on October 16 on Stitcher's comedy podcasting network, Earwolf. Fischer and Kinsey are two of the main cast members of the NBC show, The Office, which ran from 2005 to 2013. They portrayed receptionist-turned-sales executive Pam Beesly and cat-loving Angela Martin, respectively.

(The above story first appeared on LatestLY on Dec 31, 2020 06:05 PM IST. For more news and updates on politics, world, sports, entertainment and lifestyle, log on to our website latestly.com).