Top Gun: Maverick New Poster - Tom Cruise Has His Eyes Set Sky High and So Are Our Expectations Ahead of the Second Trailer's Release on December 16 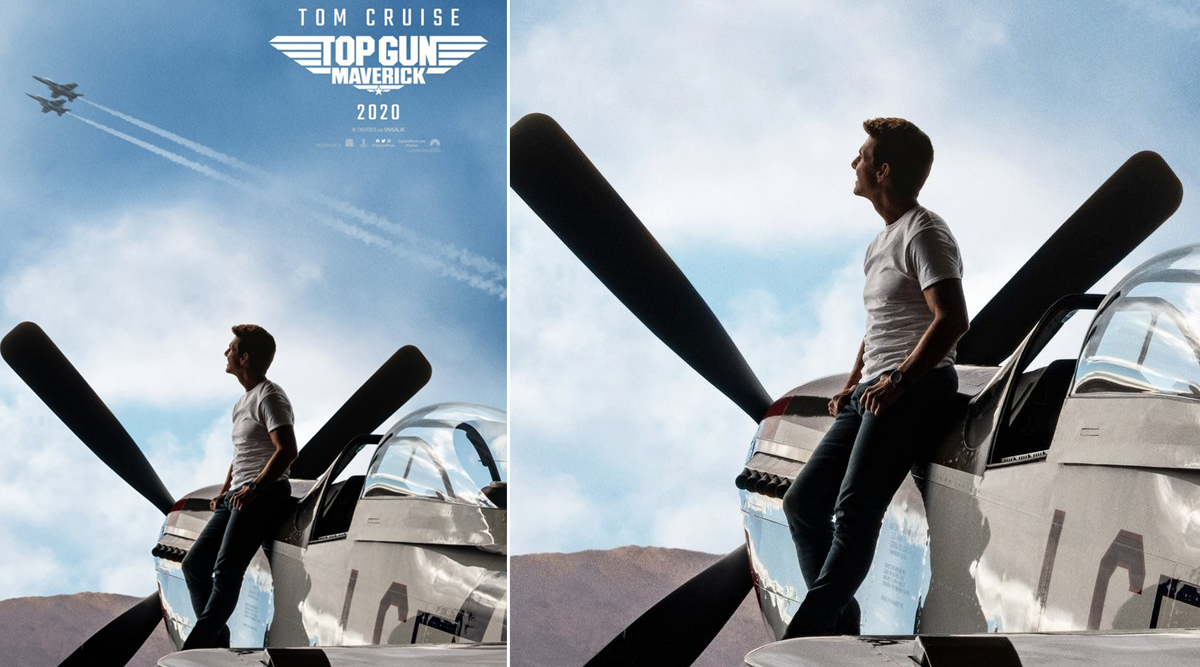 Tom Cruise is all set to star in the sequel to his 1986 actioner, Top Gun. The film titled Top Gun: Maverick will have Cruise reprising his role as Pete Mitchell. The film's trailer is all set to be out on Monday, December 16 and we bet you are super excited to see Cruise return to one of his most loved characters. The original film is known to be one of Cruise's most popular films. Who can forget Cruise sporting the pilot uniform and looking all handsome in his aviators? Well, just add a few more years and Cruise will still make you miss a beat as he reprises the same role with the same handsomeness.  Top Gun Maverick: Tom Cruise Flies a Discontinued F-14 Tomcat Aircraft That Was Used in the First Film.

Ahead of the film's trailer, a new poster of the film was released featuring Cruise along with a massive aircraft in the background. We have to say the 57-year-old actor looks amazing, gazing up at the sky, dressed in a casual white tee and blue jeans. The first trailer of the sequel premiered at the San Diego comic-con and it had certainly left fans wanting for more. Sharing the new poster, Cruise took to Twitter and even teased fans by captioning it with one of his most popular quotes from the original film. He wrote, "Feel the need. Trailer tomorrow. #TopGun." Tom Cruise’s Jacket in Top Gun 2: Maverick Trailer Sparks a Controversial Debate as Taiwanese and Japanese Flags Go Missing.

Top Gun: Maverick takes place decades after the 1986 original film. Apart from Cruise it also features Miles Teller playing Bradley Bradshaw, the son of Anthony Edwards’ pilot Goose. Kilmer, meanwhile, is reprising his role as Iceman. The film is all set to release on June 26, 2020.