Akkineni Nagarjuna’s Niece Supriya Yarlagadda and Adivi Sesh Are NOT Getting Hitched?

Adivi Sesh and Supriya Yarlagadda worked together in Goodachari. 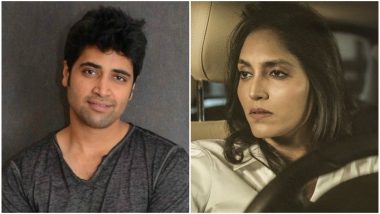 Akkineni Nagarjuna is one of the most loved stars of Tollywood. And anything related to the Akkineni family, instantly becomes a huge discussion. Now this time it is about the superstar’s niece Supriya Yarlagadda. There have been rumours going about that Supriya and actor-director-writer Adivi Sesh are planning to take their relationship to next level. Yes, the buzz was the about Adivi and Supriya’s marriage. However, the former has rubbished all the rumours to a leading daily and by also posting a tweet.

Adivi Sesh had tweeted recently stating that he would be making a “major announcement at the end of this month”. Ever since he posted this on Twitter, speculations of his wedding are going on. When Hyderabad Times asked Sesh about his wedding, he clarified, “It’s not true at all. It’s just random gossip that is being spread online. Fake news.” He was further asked about the ‘major announcement’ tweet to which he said, “I will share details about it soon and it will be big, I promise. But as of now, I’m under strict orders not to speak about this.”

Guys n gals, the only big thing happening in my life right now is movies. Acting. Writing. Trying to live the dream by doing what I love. Trying to keep my head down. Work hard. Keep getting better. Keep doing my best. Nothing else.

Adivi Sesh and Supriya Yarlagadda worked together in Sashi Kiran Tikka’s hit film, Goodachari which released in August 2018. It was recently announced that there will be a sequel to this film.

(The above story first appeared on LatestLY on Feb 20, 2019 12:22 PM IST. For more news and updates on politics, world, sports, entertainment and lifestyle, log on to our website latestly.com).