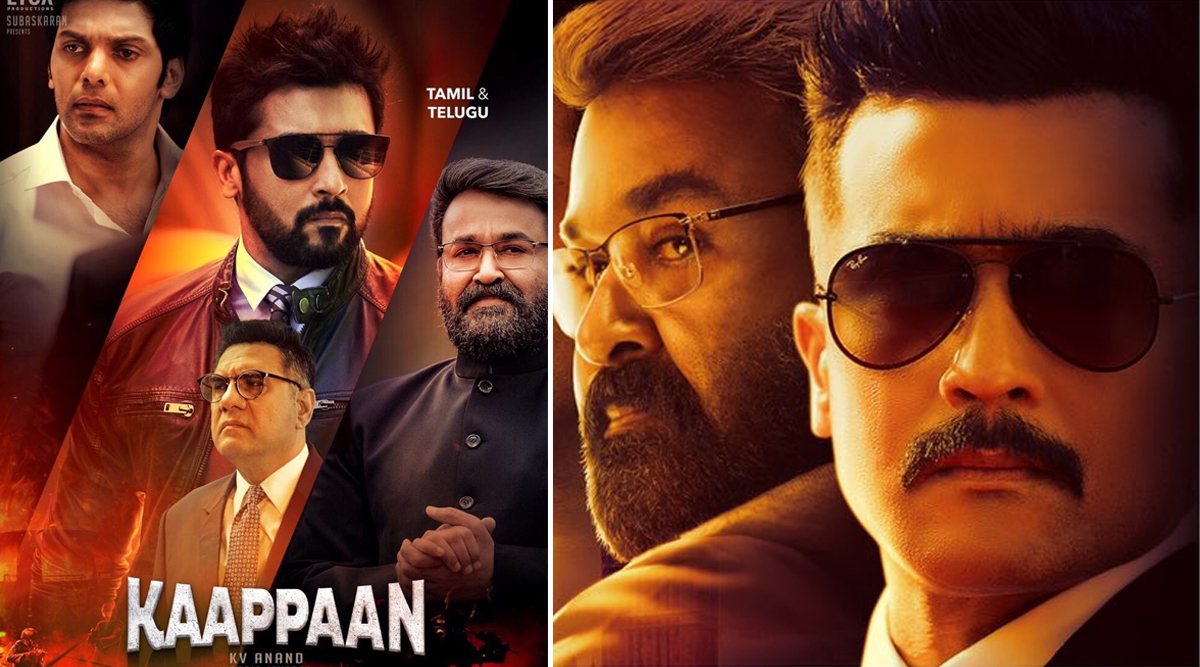 The action drama Kaappaan was one of the highly anticipated films of this year. Starring Mohanlal and Suriya in the lead, cinephiles were eagerly looking forward to watch them sharing screen space. The expectations were high from this KV Anand directorial as after a gap of almost five years Mohanlal returned to Kollywood. Not only that, it has been quite sometime since Suriya delivered a blockbuster. Although fans are raving about Kaappaan, critics have given it a thumbs down.

Suriya portrayed the character Kathir who is an intelligence officer and Mohanlal played the role of Prime Minister Chandrakanth Varma. Despite an impressive performance by the lead cast, it was the weak plot that led to negative reviews. Let’s take a look at the reviews shared by critics.

Firstpost - There are too many songs which add only to the length of the film (2 hours 46 minutes) and their placement is jarring. However the songs by Harris Jayaraj are peppy and 'Amigo' is the pick of the lot. The action scenes have also been well picturised, though the special effects could have been better. One of the big let downs is that enough research and detailing have not gone into the script (on the working of the PMO) and makes a mockery of the way SPG functions.

Times Of India - Things go downhill quickly after the interesting interval block, and the film begins to become predictable, especially when it starts touching on themes like the plight of the farmers and corporate greed that almost every third movie seems to talk these days. And a couple of elements seem straight out of Mahesh Babu’s recent films, Bharat Ane Nenu (Abhishek’s press conference) and Maharishi (the farming bits). There is a certain pulpy quality to KV Anand’s films and even those aspects, like the angle involving bio warfare conducted through locusts, feel underwhelming.

Zoom - Kaappaan keeps dragging and switching between two plots only to introduce a third one. While Suriya and Mohanlal give consistent performance in the film, others don’t live up to the expectations because of the poor writing and direction.

News18 - We wonder what is the plot about. The tyranny of big business houses, a prime minister who is checkmated on his path to creating a prosperous India (and mind you, this includes Kashmir!) or the importance of organic farming. It gets so foggy!

Kaappaan has been produced under the banners of Lyca Productions. The Telugu dubbed version titled Bandobast has also been released today. Let’s wait and watch how it performs in terms of box office collection. Stay tuned for more updates from the world of entertainment.