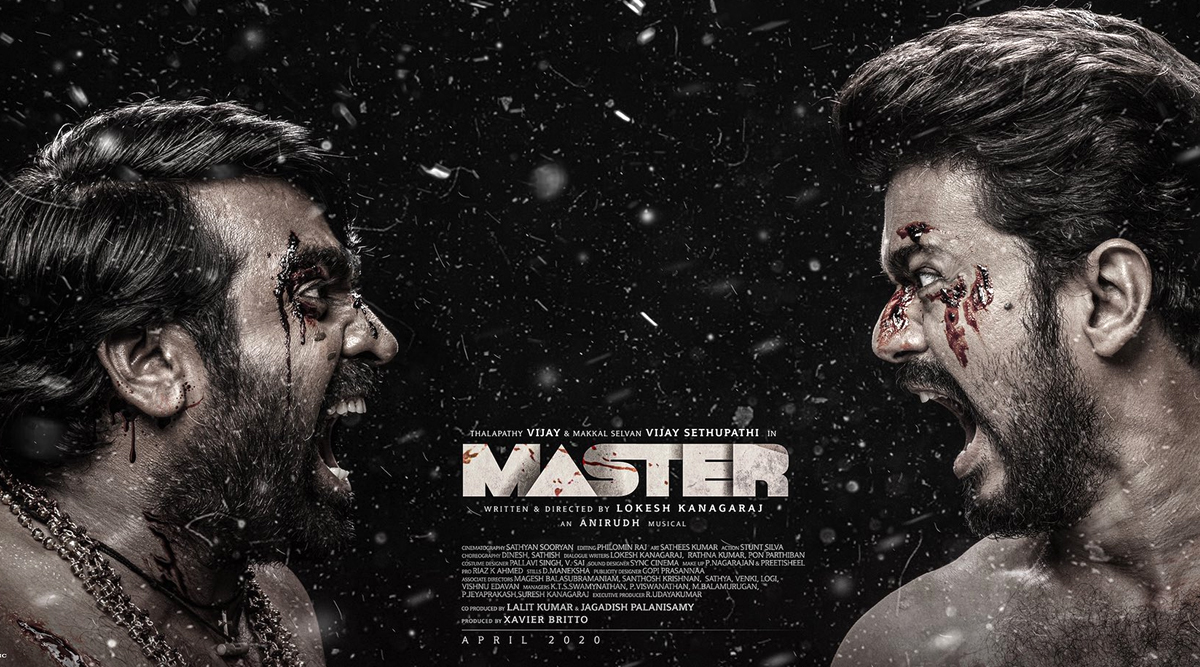 Master's third look has epic written all over it. Thalapathy Vijay's next big venture after a smashing hit that Bigil was is Master. After intriguing us with the actor's first two looks, Master team has finally revealed Vijay Sethupathi's look from the movie. The new poster sees Vijay locking horns with Vijay in a bloody battle. Directed by Lokesh Kanagraj., Master is scheduled to release in April 2020. While no major detail about the film's storyline is out yet, we can expect a faceoff between Thalapathy and Makkal Selvan, courtesy this new poster. Most Tweeted Hashtags 2019 India: Thalapathy Vijay's Bigil Joins Marvel's Avengers: Endgame in Top 10, Is the Only Indian Film on the List.

Master's third look was already making enough noise on Twitter and with its official release, we can now expect it to take the internet by storm. Vijay fans are certainly going berserk over his intense look and Sethupathi's addition is just like a cherry on the cake.  Lokesh Kanagraj's last release, Kaithi was critically well-acclaimed and minted a decent sum at the box office. There's no denying hat Kanagraj will display his brilliance once again with two brilliant actors by his side. Master Second Look: Thalapathy Vijay has the Perfect Pongal Treat for his Fans (View Pic).

Master also stars Malavika Mohanan who will romance Vijay in this new outing. Here's looking forward to witnessing their chemistry on the big screen.