On Tuesday (May 12), actor Rana Daggubati broke many hearts as he announced to the world that he is no more single. Yep, the Baahubali baddie took to his Instagram and made it official that he is engaged with Miheeka Bajaj. Check celebs reaction. 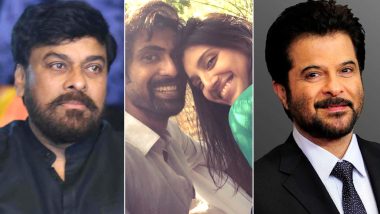 On Tuesday (May 12), actor Rana Daggubati broke many hearts as he announced to the world that he is no more single. Yep, the Baahubali baddie took to his Instagram and made it official that he is engaged with Miheeka Bajaj. Taking to his social media, Rana teased fans with the first-ever picture of himself with his ladylove where the post's caption read, 'And she said yes.' While Daggubati was seen posing in a white shirt, Miheeka was seen in a bottle green dress in the photo. The lovebirds flashed their million-watt smile in the pic. However, from the moment, the actor shared this big news online, his industry friends starting posting congratulatory message for the two. It's OFFICIAL! Baahubali Actor Rana Daggubati Pops the Question to Girlfriend Miheeka Bajaj and She Says 'YES'.

South celebs such as Chiranjeevi Konidela, Sudheer Babu, Lakshmi Manchu to Bollywood celebs like Anil Kapoor, Pulkit Samrat, Kriti Kharbanda and more expressed their joy over the news. Here check out some of the reactions of celebs below: Rana Daggubati To Marry Miheeka Bajaj: All You Need To Know About Baahubali Actor's Pretty Fiance Who is Also Close Friends With Sonam Kapoor.

Congratulations my Boy @RanaDaggubati Finally the mighty #BhallalaDeva is struck by #Cupid & Getting hitched. #Lockdown leads to #WedLock. God Bless You Both! శతమానం భవతి. @MiheekaBajaj pic.twitter.com/fDdHbjhivz

Congratulationssss my Musketeer 😎 my bestie @Ranadaggubati 🤩🥳

I'm very much happy for you both & much relieved from the stress of hiding it from last few days 😂 Tons n Tons of love to you both🤗 https://t.co/uqaZh76PAB

Congratulations my brother- you guys look great together- loads of love to you both Miheeka & @RanaDaggubati https://t.co/38qT6B1P1q 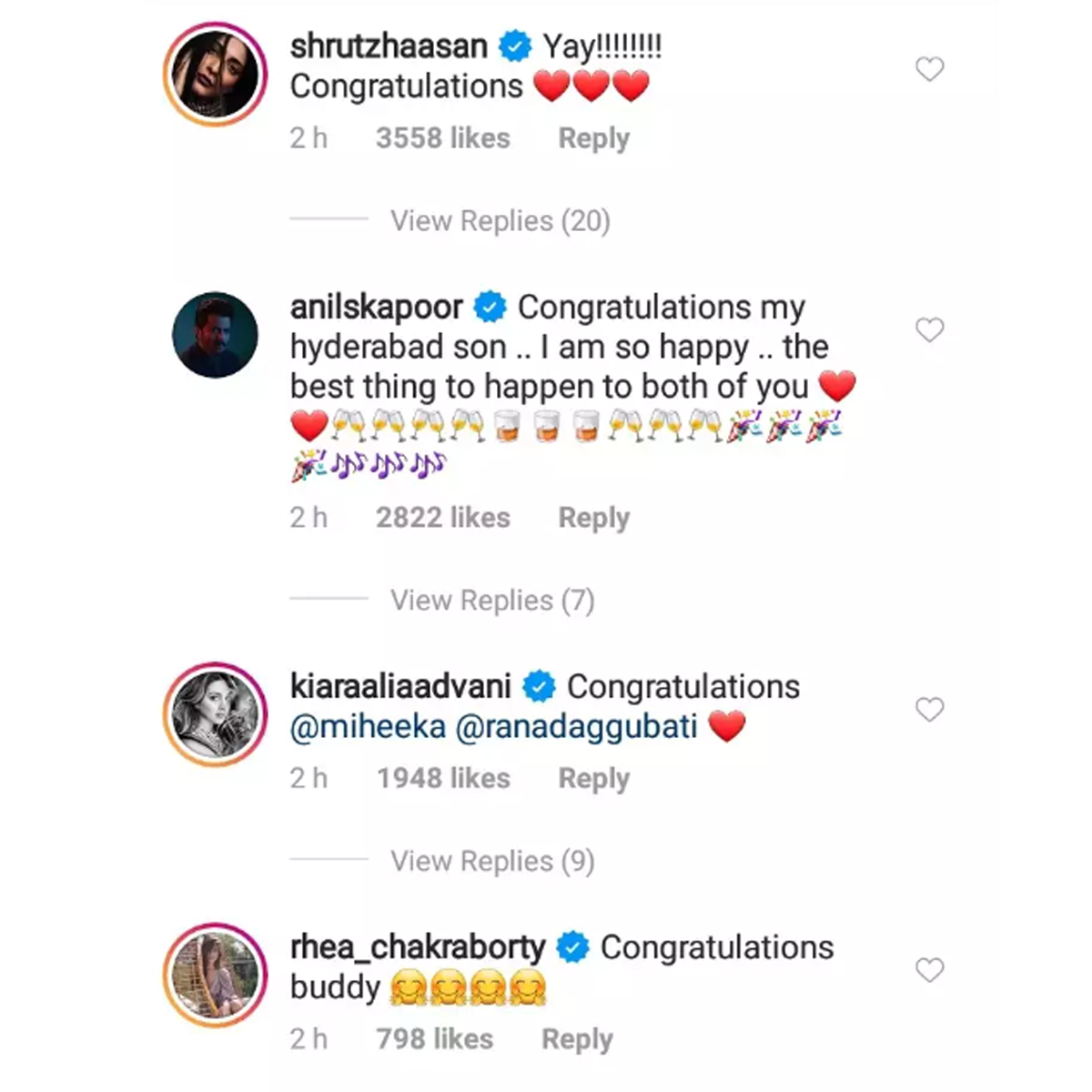 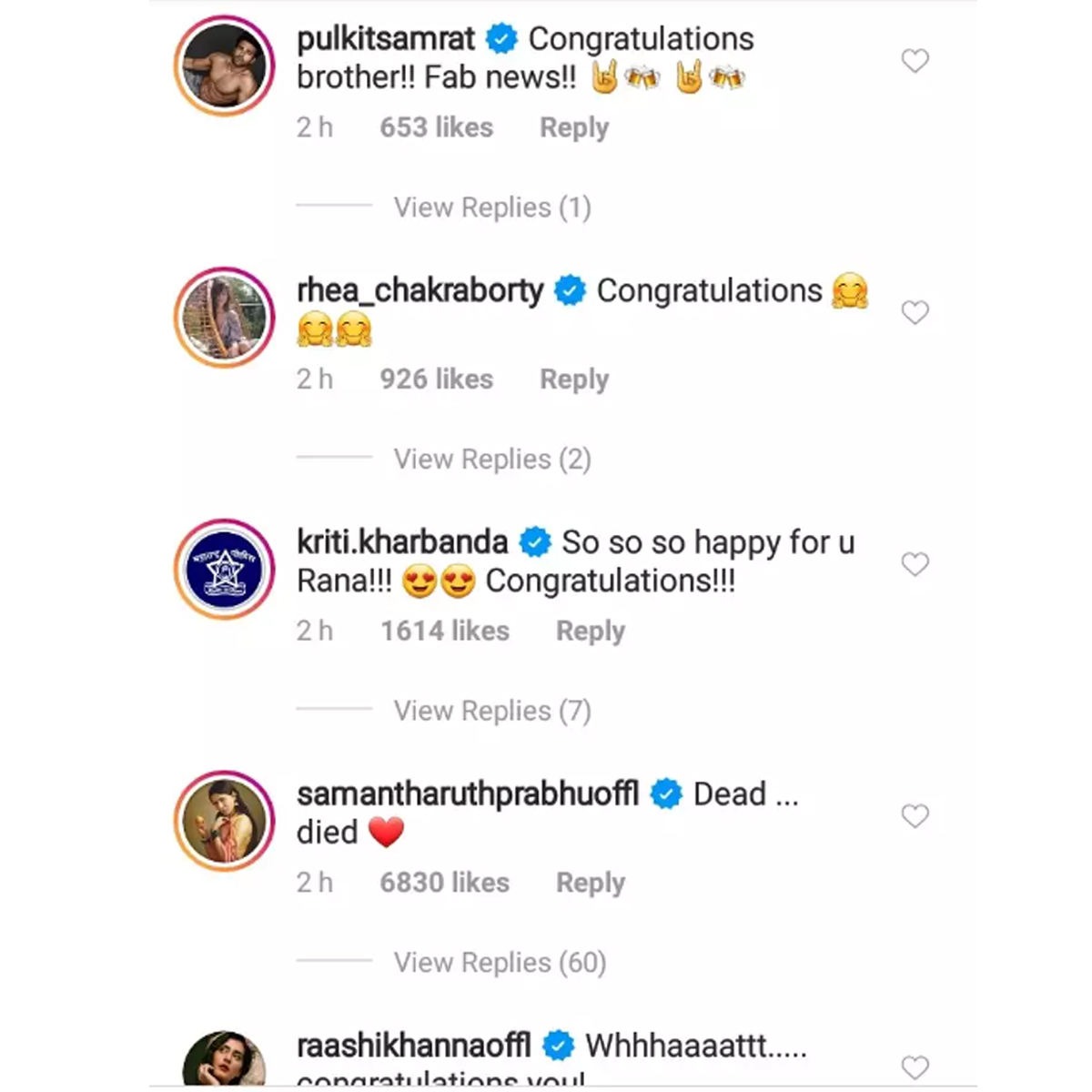 Well, according to a report in thenewsminute.com, Miheeka owns an event management company which is named Dew Drop Design Studio. She has been born and brought up in Hyderabad and holds a diploma in interior design. That's not it, as she has also done her MA from the UK. Lastly, here's congratulating Rana and Miheeka. Stay tuned!

(The above story first appeared on LatestLY on May 12, 2020 08:50 PM IST. For more news and updates on politics, world, sports, entertainment and lifestyle, log on to our website latestly.com).