Aashka Goradia ACCEPTS Undergoing Plastic Surgery, Says 'I Wanted Fuller Lips and Had To Go For Them'

TV hottie Aashka Goradia is the FIRST actress ever to have openly admitted to have undergone a lip surgery. 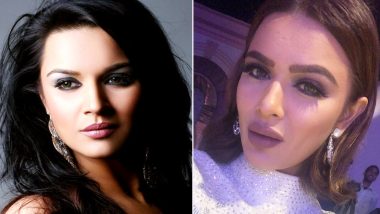 TV hottie Aashka Goradia is the FIRST actress ever to have openly admitted to have undergone a lip surgery. While it is highly common in Hollywood, the Indian film industry too, has started following the trend but what comes with it, is a lot of backlash and trolling. In an interview with Mumbai Mirror, Aashka accepted having a lip job done saying, "My husband (Brent Goble) made me realise that there is nothing to hide. Yes, people will shame you but there is nothing to be ashamed of. I wanted to do something to my face, and that’s my choice. And I know that opening up sometimes is the only way to shut people up. "

She further went on to add that it her her face and her choice to do whatever she wants to do with it. "I wish I had a sob story to tell you but there is none. I wanted fuller lips and had to go for them. But being asked things like, ‘How much plastic went into your lips?’ at a press conference with 20 people around is not how I would like to address it. I want to reiterate here that I decided to do something to my face and that’s my choice. I am my own sculptor, my o painter!"

Anushka Sharma, Ayesha Takia, Esha Gupta and many other actresses too have been 'accused' of undergoing cosmetic surgery. Nausheen Ali Sardar, who rose to fame after Kkusum too was recently bashed for 'looking different' in her pics. While she didn't accept that she has undergone a surgery, she did give it back to trolls for calling her out.

(The above story first appeared on LatestLY on Aug 16, 2018 11:14 AM IST. For more news and updates on politics, world, sports, entertainment and lifestyle, log on to our website latestly.com).