On May 5, 2020, it was reported that Beyhadh 2 actor Shivin Narang was rushed to a Mumbai's prominent hospital after he fell on his glass table and injured his left hand. Now, a latest update states that he has gone under the knife. Read. 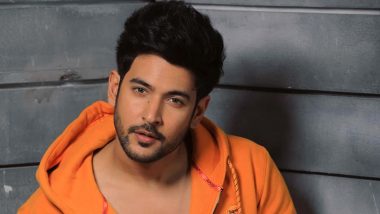 On May 5, 2020, it was reported that Beyhadh 2 actor Shivin Narang was rushed to a Mumbai's hospital after he fell on a glass table at home and injured his left hand. This shocking news made the Telly star's fans eager to know about his current health status. And well, if you happen to be a fan of Shivin then it's good as well as bad news for you. As per latest updates, the actor is stable now but sadly had to go under the knife. Yep, as reported by SpotBoye, Shivin was taken to Kokilaben Dhirubhai Ambani Hospital and post 24 hours of his admission he got his left injured hand operated. Beyhadh 2: Fans Trend #JusticeforBeyhadh2 After Channel Confirms Jennifer Winget, Shivin Narang's Show Would Go Off-Air.

The hand surgery of Beyhadh 2 star was about two-hours-long. "The surgery went on for more than two hours. Shivin is under observation and in severe pain. He is insisting to go home as his parents are alone," the source told the entertainment portal. Well, in severe pain to Shivin wants to go back to his family as his parents are alone at home. Bigg Boss 13: Shivin Narang Sides With Rashami Desai, Says Siddharth Shukla’s ‘Aisi Ladki’ Comment Was 'Unacceptable'.

Earlier to this, a Times of India report quoted a source saying, "When Shivin fell, the glass table broke into pieces, injuring him badly. He lost a lot of blood and was rushed to the hospital. He has not been discharged, as the extent of the injury needs to be diagnosed. His situation is stable and due to the strict social distancing rules at the hospital, owing to the COVID-19 pandemic, not even his parents are with him.” Beyhadh 2, Ishaaron Ishaaron Mein and Patiala Babes Shut Abruptly by Sony TV (Details Inside).

For the unaware, this is not the first time Shivin's left hand has been injured as around five-months back while shooting he had suffered a hairline fracture after saving Jennifer Winget from an accident. Well, all we hope is that the actor recovers soon and heads back home fit and fine. Apart from Beyhadh 2, Naran has also been part of many popular shows like Khatron Ke Khiladi 10, Suvreen Guggal – Topper of The Year, Ek Veer Ki Ardaas Veera, Internet Wala Love and more.

(The above story first appeared on LatestLY on May 06, 2020 04:41 PM IST. For more news and updates on politics, world, sports, entertainment and lifestyle, log on to our website latestly.com).