The cherry on the cake is that I will be seen in my favorite comic character Dadi, and I cannot wait for the audience to witness the dancing diva by her side. 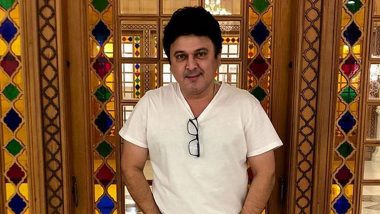 Indian comedian Ali Asgar, is all set to star in the upcoming dancing reality show Jhalak Dikhhla Jaa season 10. Talking about the show, Ali stated,' I am excited to be a part of a prestigious show like 'Jhalak Dikhhla Jaa'. In my career span, I have tried almost every genre be it fiction or non-fiction shows, and now being a part of India's most loved celebrity dance show will help me push my limits as an artist. I'm a bit nervous but am looking forward to performing in front of the amazing panel of judges Madhuri Ma'am, Karan sir, and Nora. Jhalak Dikhhla Jaa 10: Nora Fatehi to Join Madhuri Dixit and Karan Johar as a Judge on the Dance Reality Show – Reports.

The cherry on the cake is that I will be seen in my favorite comic character Dadi, and I cannot wait for the audience to witness the dancing diva by her side. I will put my best foot forward to entertain the audience." Ali rose to fame with his popular character Dadi, on The Kapil Sharma Show, and ruled the audience's heart with his amazing acting skills. After a brief gap, he put on his dancing shoes to make a comeback on the television screen with the celebrity dance show. Bollywood producer Karan Johar and actors Nora Fatehi, and Madhuri Dixit will be seen judging the new season. Jhalak Dikhhla Jaa 10: Karan Johar & Maniesh Paul Show Off Their Smooth Dance Moves in This New Promo (Watch Video).

Apart from Ali, television actors Nia Sharma, Dheeraj Dhoopar, Niti Taylor and Paras Kalnawat are also going to be part of the new season of the show.

Jhalak Dikhhla Jaa is all set to premiere on September 3, 2022, at 8 pm only on Colors.