Into the Wild With Bear Grylls and Rajinikanth Review: Getting Closer to the Real Thalaiva Is More Exciting Than the Adventure 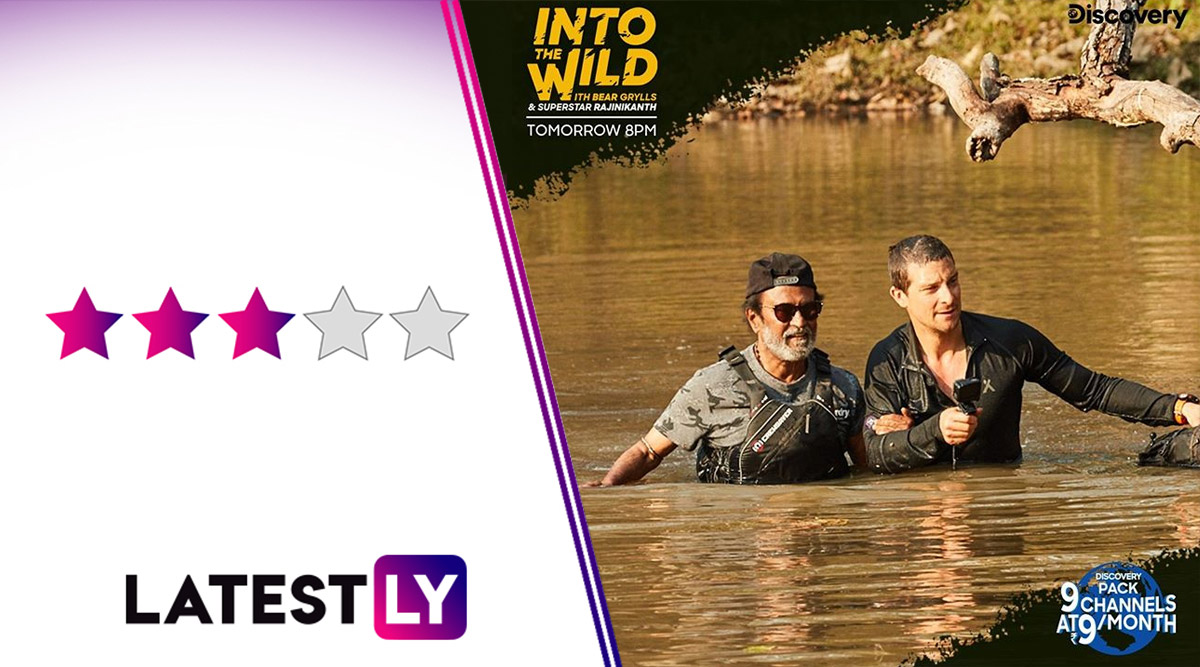 Into The Wild With Bear Grylls and Rajinikanth (Photo Credits: Instagram)

Clean water and good friends - two very important things in life. And Rajinikanth can also find something impossible to do. These two are the key takeaways from Into The Wild With Bear Grylls and Rajinikanth -  the show which put India's favourite actor Rajinikanth and Bear are thrown into the wilderness of Bandipur Tiger Reserve, Karnataka, in blistering heat. Discovery Trends Rajinikanth's Dance Challenge Ahead of Bear Grylls' Into the Wild Telecast.

Well, my expectations from the episode were pretty much restrained to watching Rajinikanth on an adventurous journey. But to sum it up...Rajinikanth is helping Bear change a flat tyre and says how he has never done this before and it is the craziest day of his life. The bar for 'Into The Wild' is low here. Rajinikanth's 'Into the Wild with Bear Grylls' Episode To Air on Discovery Channel At This TIme; Here's How You Can Watch it Before That!

The two charismatic men chat away their time on their journey, with Rajini mostly sticking to Tamil. They share anecdotes and talk about what their journey in life has been like. They discuss how Rajini was once a bus conductor, aspiring to be an actor. They talk about fame. They talk about family. They still did not look like they are bonding on any level.  Just two men who have met on a tiny journey and conversing to kill the time was more the vibe.

But, Rajini made use of his influence to talk a lot about the water crisis in India. He brought up the topic quite a few times, talking about the lack of clean water in villages and children dying of diarrhoea. Rajinikanth talked about how 21 major diseases in India are caused by unclean water. Bear replies by saying that he was taught that clear water doesn't mean clean water. And then the two proceed to collect water from a ravine to get it tested. Now, THAT is how you use your powerful position to talk about something crucial when on an international platform.

Multiple times, Rajinikanth is shown video messages from his powerful friends like Kamal Haasan. Rajini shows apprehension from doing a few tasks, labelling a rather simple one as impossible even. Akshay Kumar, R Madhavan's videos give him the courage. We have seen Rajini sir do all kinds of action stunts in his movies over the decades. This episode is as close to reality as it would ever get - a must-watch for his die-hard fans. It is not sadistically enjoyable to watch Rajini struggle, but the shattering of the illusion is entertaining.

Watch The Promo Of Into the Wild With Bear Grylls and Rajinikanth Here:

Into The Wild With Bear Grylls and Rajinikanth won't be very enjoyable to the fans of Bera Grylls for the lack of some serious adventure. But fans of the actor should definitely watch it. The episode is a never-before dive into he actor's psyche and personality. It will leave you more in love with him as he talks about poverty, unemployment, water crisis and secularism.