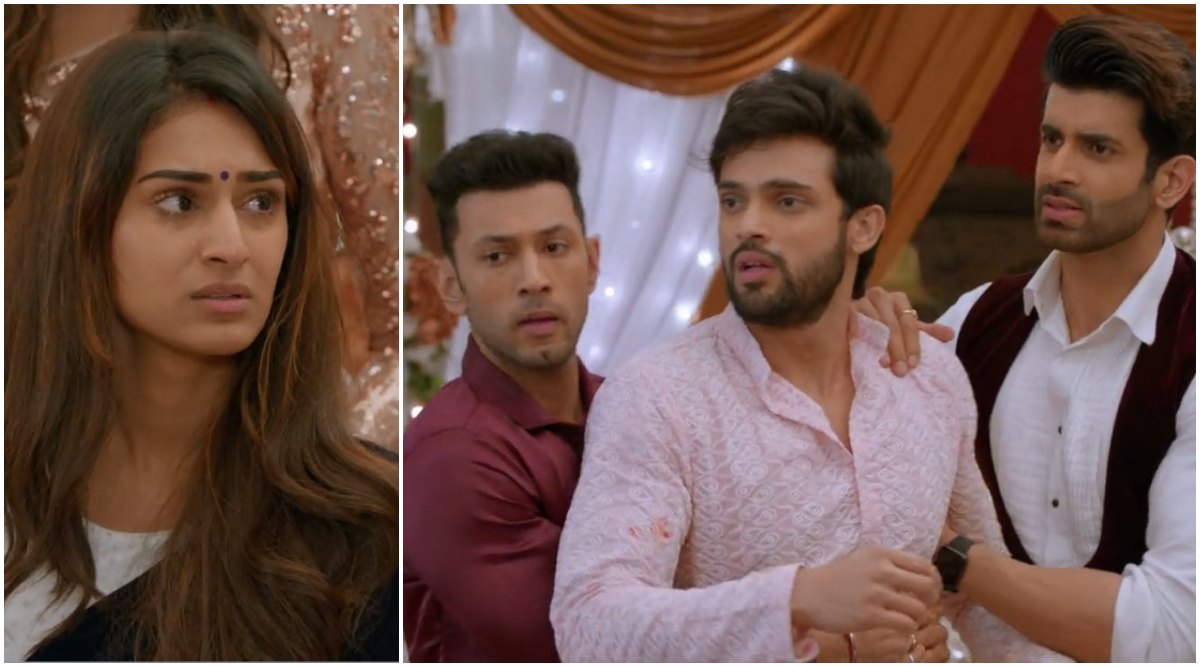 In yesterday’s episode of Kasautii Zindagii Kay 2, Sonalika tries to kill Jagga as he might reveal the truth to the cops. Later, Jagga holds Prerna at knifepoint. In tonight’s episode, we see Anurag (Parth Samthaan) asks Jagga who was behind Kidnapping Prerna (Erica Fernande) and threatens that if he lies then he will kill him and if he tells the truth he will release him and give lots of money. Sonalika (Aamna Sharif) gets disturbed as Jagga will reveal the truth. Anurag asks Prerna if she feels that he is doing something wrong. Prerna says he is doing the right thing and that she also wants to know who wants to kill her unborn child and her. Anurag is shocked to see the police at the door and asks who informed them. The police tell that Mohini had called them. Anurag tells the cops that he will not let them take Jagga before he confesses the crime and reveals the truth. Kasautii Zindagii Kay 2 January 30, 2020 Written Update Full Episode: Sonalika Pretends to Have Nabbed Prerna’s Abductor on Seeing Anurag.

Jagga shocks everyone by saying that Prerna knows everything about the culprit. Prerna admits that she knows but wants Jagga to tell everyone about the culprit. Jagga points towards Anurag and tells he gave him money to kill Prerna. All are shocked. Anurag gets furious and beats Jagga. Anupam and Viraj hold Anurag and calm him down. Jagga seeing everyone busy with Anurag, runs towards the terrace to escape. Anurag, Viraj, and Anupam follow him. Anupam sees that Jagga is trying to escape from the kitchen corridor. Anupam informs the police and Anurag about it.

Meanwhile, Viraj sees Jagga and tries to catch him. But Jagga jumps out of the window and tries to flee. Viraj stops him and beats him up. Veena comes and seeing the fight gets tensed. Jagga hits Viraj in the eyes and escapes. The cops tell they will find Jagga and follow him.  Sonalika and all come out to see what is going on. Sonalika tells Prerna that before going they should at least hug each other. Sonalika hugs Prerna and whispers in her ears that the game is not yet over till now. Veena tells Prerna to come home. Kasautii Zindagii Kay 2 January 29, 2020 Written Update Full Episode: Viraj Gets Jealous Seeing Anurag Take Care of Prerna, Mohini Puts Sonalika in Trouble by Calling the Cops.

Anurag tells Prerna to take care of herself. Mohini takes Anurag to dress his wounds. Viraj notices that Prerna and Anurag are seeing each other with love and gets jealous. Sonalika on the other hand, goes to meet Ronit and threatens him that he is not able to do even one thing that she wants. Sonalika tells Prerna is around Anurag all the time and that she cannot tolerate it. Sonalika tells Ronit that she has planned something that will make Prerna her slave and make her do what she wants.

Prerna tells Shivani that Sonalika is unaware that whatever she is plotting is bringing Anurag too close to her. Prerna tells that she wants her Anurag back at any cost. Shivani assures Prerna she will get Anurag back one day. Anurag tells Anupam that he wants to call Prerna to enquire about her health but thinks maybe she is resting now. Anupam tells Anurag to go and meet her. Anurag thinks it is a good idea and hugs Anupam. Suddenly Anurag gets vivid flashbacks of his past. Sonalika overhears them and gets tensed. Sonalika gives Anurag his pills so that he should not remember anything from his past.

In the precap, Viraj tells Anurag that he is taking Prerna for shopping for their engagement in the City Star Mall. Viraj gets shocked when he sees Anurag and Prerna together going inside the changing room.