Television star Parth Samthaan, who will be seen in the upcoming digital series Mai Hero Boll Raha Hu, claims his perfectionist attitude meant he lost sleep over getting the role right. 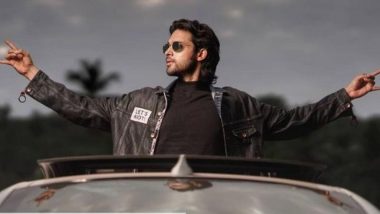 Television star Parth Samthaan, who will be seen in the upcoming digital series Mai Hero Boll Raha Hu, claims his perfectionist attitude meant he lost sleep over getting the role right. The actor stayed up till 4am for almost the entire shoot of the series. "The character was too interesting, and my need to be a perfectionist was too great for me to get a good night's sleep, until I was sure I had given it my all. Parth Samthaan Thanks Ekta Kapoor for Breaking His ‘Chocolate Boy Image’.

This thought drove me to put in the long hours most of the time and the shoot even went up to four in the morning on most days," he says. The actor says that he is excited to see how the show is accepted. "The magnetism of the show and the character was all the motivation I needed. Mai Hero Boll Raha Hu is fascinating for me. I can barely wait for the launch. Some days, the excitement of the launch was the only thing the rest of the crew, and I could talk about," he says. Mai Hero Boll Raha Hu Trailer: Parth Samthaan, As Dashing Nawab, Will Have To Choose Between Mumbai Or Laila In This Gritty Gangster Drama (Watch Video).

"Mai Hero Boll Raha Hu" sees Parth playing the role of Nawab, the central character in the story. Nawab is a young boy from a small town who grows up in a family that the local goons treat like puppets. An unexpected turn of events forces Nawab to leave his hometown and run for his life. Besides Parth, the show also stars Patralekha, Arshin Mehta and Arslan Goni. The show launches on April 20 on ALTBalaji and Zee5.

(The above story first appeared on LatestLY on Apr 15, 2021 06:43 PM IST. For more news and updates on politics, world, sports, entertainment and lifestyle, log on to our website latestly.com).